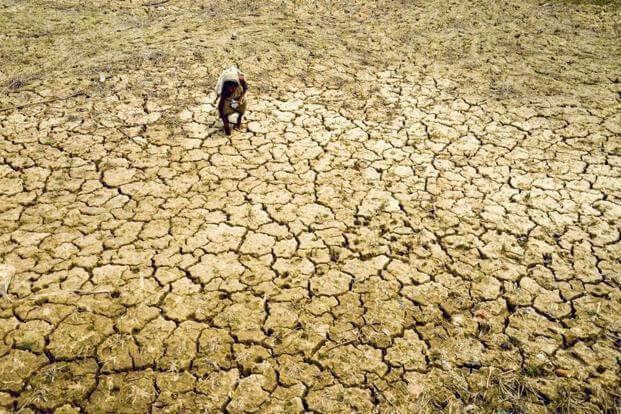 The Environment Ministry informed the Rajya Sabha (upper house of Parliament) that 2405 people in India died in FY2018-19 from extreme weather events. “As per information received from the ministry of home affairs, 2,405 lives have been reported to be lost during the financial year 2018-19 in the country due to cyclonic storms /flash floods /landslides/ cloudbursts etc,” minister of state for environment Babul Supriyo said in his written response to a question in Rajya Sabha.

He added that no direct link was drawn between the rise in extreme weather events and climate change. “India experienced 431 major natural disasters during the period 1980-2010, resulting in loss of human lives, property and resources. However, any direct attribution to climate change has not been indicated,” Babul Supriyo wrote.

Referring to steps taken by the government to tackle the issue, Supriyo said the National Action Plan on Climate Change (NAPCC), which comprises missions in specific areas of solar energy, energy efficiency, water, agriculture, Himalayan ecosystem, sustainable habitat, green India and strategic knowledge on climate change, was being implemented. Thirty-three states and Union Territories have also drawn up their action plans for climate change in line with the NAPCC.

On the issue of cyclone management, he said that the National Cyclone Risk Mitigation Project is under implementation in eight coastal states. “Cyclone shelters and early warning systems created under this project proved to be of great help during cyclones ‘Phailin’ in 2013, ‘Hud-Hud’ in 2014, ‘Titli’ in 2018 and the recent Fani’,” Supriyo added.