5 Reasons to choose EV as your next vehicle 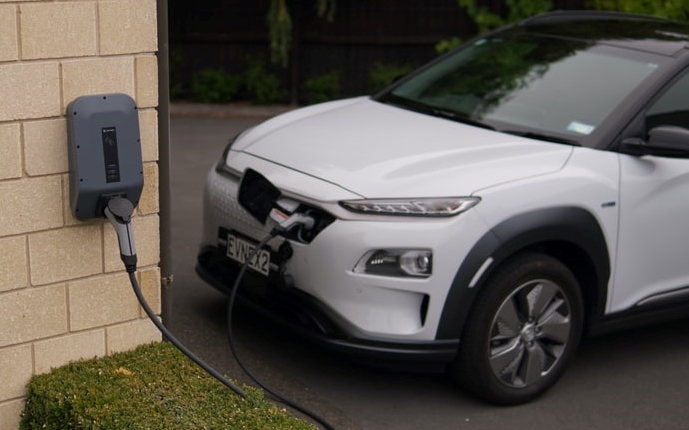 Reasons to choose EV vehicle | The vehicle industry’s future is electric. Electric cars improve and become more affordable every year, and more consumers opt for electric vehicles. Depending on the location, you are likely to encounter a lot of electric cars daily. There are several significant distinctions between electric automobiles and the gasoline-powered vehicles you are familiar with.

How do electric vehicles work?

Before we get into the specifics of the present benefits and drawbacks of having an electric vehicle and whether you should start considering an EV as your next vehicle, let’s first define what it is and how it works.

An automobile powered by electric motors is known as an electric car or electric vehicle (EV). The energy (electricity) stored in onboard batteries is used to operate these engines. EVs are substantially quieter and create no exhaust emissions and have far lower overall emissions than gas-powered or internal combustion engines. They also have a reduced maintenance cost, albeit this varies depending on where you’re in the world.

Why should you choose EV ?

Although electric cars are still more expensive to manufacture than standard ICEs, some attractive state subsidies are available to assist you in making the switch.

Should you buy an electric car now or wait if the changeover to electric automobiles is all but inevitable? To assist you in making your decision, we look at everything from the prices and convenience of charging to the electric range of models now on the market. Yes, you are.

The cost of upkeep is the first and most compelling argument to purchase an electric vehicle. If you purchase a vehicle with an IC engine, it will have more mechanical systems and, as a result, servicing will be more complicated and tough. Because of their basic construction and function, EVs are simple to maintain and less expensive to operate. Electric vehicles appear to be the best solution for tomorrow! If you’re in the market for a new vehicle, the electric vehicles now in the sector in India can be a good fit.

Unlike more traditional vehicles, electric cars get their power from battery parks that make electricity instead of mechanical engines that run on gasoline. Consequently, these automobiles emit no gasses in the form of exhaust, minimizing pollution in the environment.

Vehicle emissions will be reduced due to the adoption of electric vehicles. Reduced emission levels correlate to less pollution in the air, and electric cars lower the quantity of contaminated air in the atmosphere, resulting in cleaner air in places where pollution is an issue owing to many vehicles.

If you wish to charge at a public charging station, it’s a good idea to check which payment option is accepted first. Typically, you pay a fee per kWh. However, some charging stations in Europe, particularly in busy, famous tourist destinations, charge per the moment. Charging the battery will be much more expensive if you pay by the minute.

4. Subsidies by the government

Governments worldwide are planning to migrate to electric vehicles in the next 5 to 10 years. Many governments have established severe timeframes for achieving the goal. And automakers say that without government help, widespread adoption is improbable. As a result, different Indian governments are providing unique EV subsidies to lower the cost of owning an electric car in the country. Depending on the battery capacity and general market pricing, you can save money on a two-wheeler EV or a four-wheeler EV. People are interested in purchasing electric vehicles, but not at the current pricing. Subsidies assist with the initial push into the market.

5. Moreover, it is eco friendly

Electric cars, or EVs commonly known, are a boon to the planet. Because they don’t have a motor, they don’t use any gasoline, hence they don’t pollute. It appeals to purchasers because of the assurance of zero emissions. Furthermore, because there is no smoke pouring from the exhaust, the Pollution Certificate (PUC) does not need to be renewed every six months. It’s never been more appealing to run on electricity.