Amazon Rainforest Fires 2019 – As bad as it gets 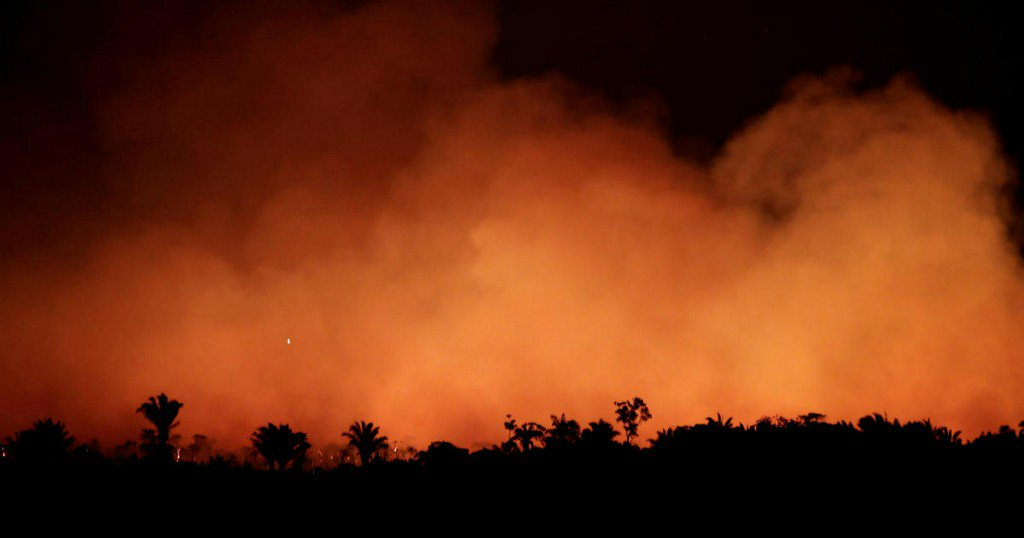 The Amazon wildfires in Brazil have reached record levels this year with more than 75,000 fires tearing through the Amazon since January 2019. French President Emmanuel Macron has said the record number of fires in the Amazon rainforest is an “international crisis” that needs to top the agenda at this weekend’s G7 summit.

The largest rainforest in the world, the Amazon is a vital carbon store that slows down the pace of global warming. The Amazon rainforest is a vital part of the global ecosystem, producing 20 percent of the world’s oxygen. It is also home to about three million species of plants and animals, and one million indigenous people. According to the World Wide Fund for Nature (WWF) – the region also produces about 20% of the world’s fresh water.

How Bad are the Amazon Rainforest Fires 2019:

Satellite data published by the National Institute for Space Research (Inpe) has shown an increase of 85% this year in fires across Brazil, most of them in the Amazon region. The Amazon wildfires in Brazil have reached record levels this year with more than 75,000 fires tearing through the Amazon since January 2019. That compares with 39,759 in all of 2018.

Thousands of fires are ravaging the Amazon rainforest in Brazil. Most of the worst-affected regions are in the north. The northern states of Roraima, Acre, Rondônia and Amazonas as well as Mato Grosso do Sul have been particularly badly affected. Amazonas, the largest state in Brazil, has declared a state of emergency.

According to the European Union’s Copernicus Atmosphere Monitoring Service (Cams), the smoke has been travelling as far as the Atlantic coast. It has even caused skies to darken in São Paulo – more than 2,000 miles (3,200km) away.

What causes the fires?

Wildfires often occur in the dry season in Brazil. “The dry season creates the favourable conditions for the use and spread of fire, but starting a fire is the work of humans, either deliberately or by accident,” Inpe researcher Alberto Setzer told Reuters news agency.

But the fires are also deliberately started in efforts to illegally deforest land for cattle ranching. Ricardo Mello, head of the WWF Amazon Programme, said the fires were “a consequence of the increase in deforestation seen in recent figures”. Climate activists and conservationists have criticised the Bolsonaro government and its policies, which favour development over conservation.

As per Amazon Watch, a group that works to protect the rainforest and the indigenous people of the Amazon, farmers coordinated a “Fire Day” protest to set the Amazon ablaze.

Brazilian president Mr Bolsonaro has suggested that NGOs may be responsible for encouraging wildfires to sabotage him.