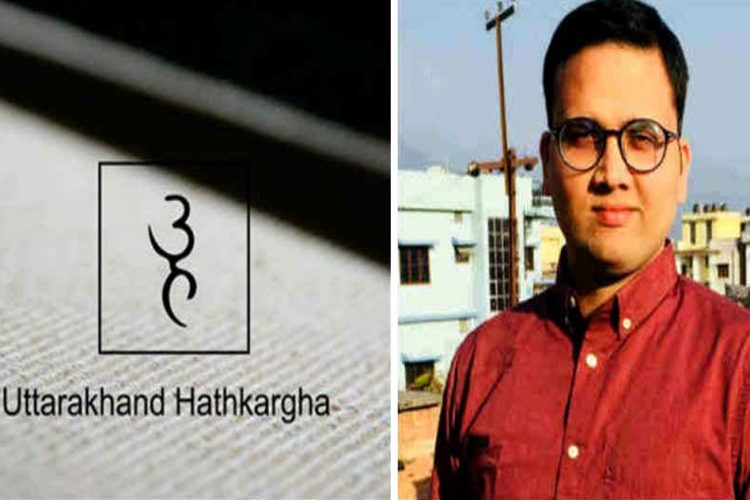 Ashish Dhyani, a 29-year-old lad has put Uttarakhand handloom fiber on the international map of Fashion. An IIT Roorkee alumnus Ashish, unlike his peer group, didn’t get attracted by inflated salaries or a lucrative job in foreign shores, instead, he set up first-of-its-kind handloom entrepreneurship named Uttarakhand Hathkargha in Roorkee, giving handloom and traditional weavers the perfect platform to showcase their art.

Speaking about Uttarakhand Hathkargha, a model of social entrepreneurship Ashish tells us, “When I planned Hathkargha I never dreamt of it being such a success. I brought weavers living in and around Roorkee on board, but very soon I found myself bringing in traditional weavers from far off places as well.”

The more Ashish learned about the vanishing art of traditional weavers, he realized, “why mass migration was still a sad reality in the hills, and why such a beautiful art form needed to be nurtured, documented, learned and conserved for the future.” This thought brought about the birth of Uttarakhand Hathkargha in 2015. Three years down the line, 500 weavers on- board, Ashish and his team of like-minded youth are working on encouraging reverse migration through this handloom enterprise.

Ashish a B.Tech engineer in Production and Industrial Engineering from IIT Roorkee worked for Maharatna PSU, Steel Authority of India, Rourkela Steel Plant but then he gave it all up and decided to launch a start-up in his hometown Roorkee. Today, Uttarakhand Hathkargha is a consortium of like-minded IIT and NIT former students who want to promote and revive the art of weaving.

So from pashmina, Marino, harsil, angora, cotton and silk shawls to saris and woolen clothing all these, plus shrugs, ponchos, kaftans are available in this one-stop shop. Women weavers from Niti-Mana, the bordering villages of Uttarakhand, supply  Marino fabric which at present is being used to make children caps and sweaters.

Uttarakhand Hathkargha items have made their way onto e-commerce websites such as amazon.com and Amazon.in to garner customers and buyers across boundaries as well.

This win-win model has given that much-required impetus to a dying art form, and with the likes of Ashish Dhyani around, rest assured, weavers, handloom, and fabric of the hill-state are in safe hands, for now.

The article was originally published in Newspost.Live