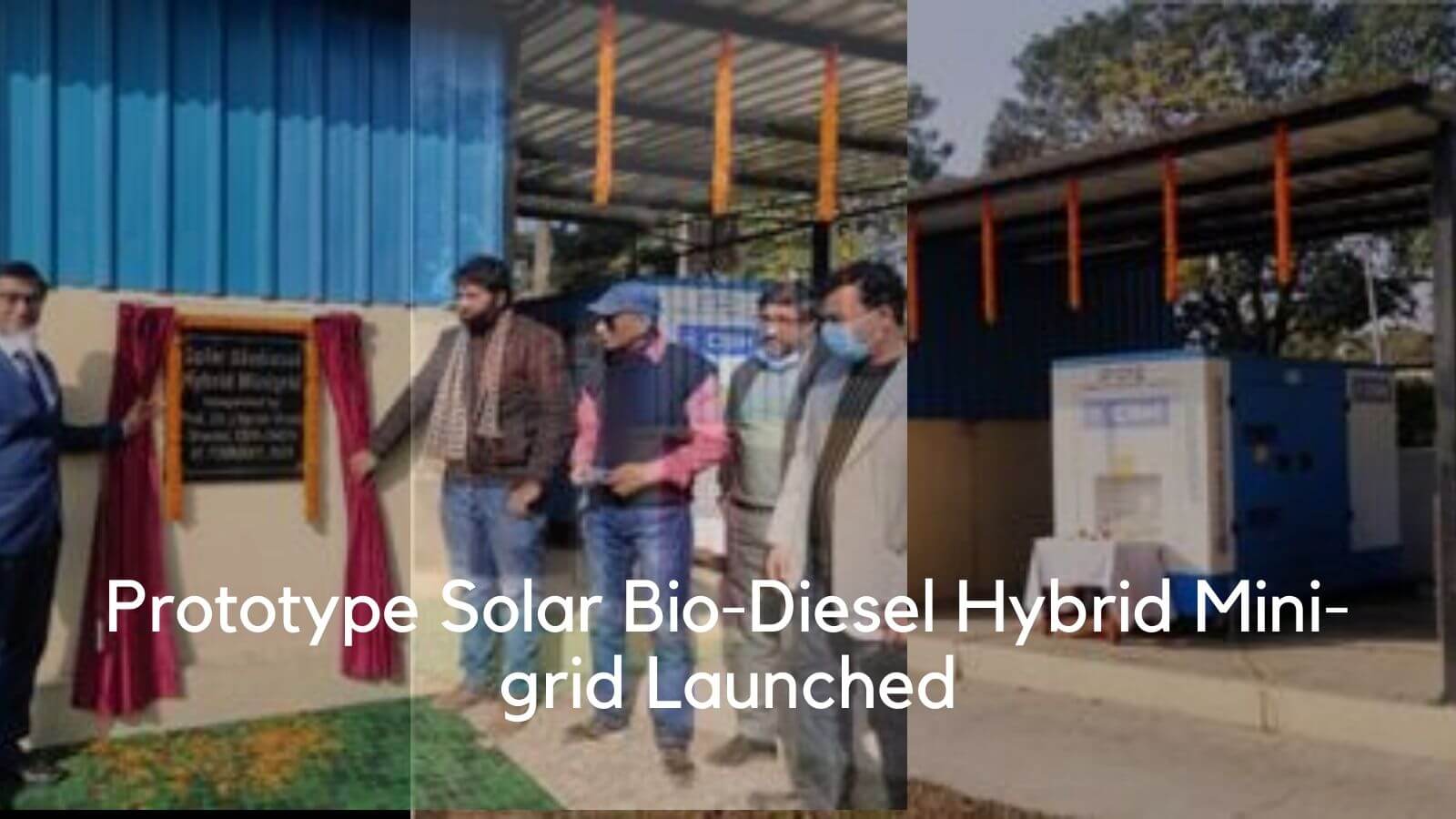 The Solar Biodiesel Hybrid Minigrid system developed at CSIR-CMERI also has applications in Smart city projects, because of its inherent smart features with respect to integration of different sources.

Speaking on the occasion Prof. Hirani said that currently major share of the installed power capacity of our country is from fossil fuel sources like coal, diesel etc., which have serious implications on country’s energy security and environmental pollution.

In this scenario, localized region specific distributed generation systems like Minigrids with small scale Renewable Energy Sources can be potential generators of electricity near load centres and can help in addressing energy needs of local communities. These type of systems can be a unique solution for uninterrupted power in remote areas, villages, hilly area etc.

Unlike in rural areas, power requirement of domestic loads in cities are higher along with huge fluctuations due to varied usage patterns making the power balancing a challenging issue.

Experiments were conducted in the CoEFM residential colony during different times of day, month and different seasons to understand the performance of the developed system under different conditions of loading, solar radiation etc.

Both Solar Photovoltaics and Biodiesel are renewable in nature and can help in reducing pollution. Solar PV systems installed on different capacities of Solar Trees (2 Nos of 3.05kWp, 1Nos of 8.125kWp & 3 Nos of 11.375kWp)  use less land space which is of great advantage in urban areas.

He further added that these type of systems also help in employment generation. This developed system is not only lighting the residential colony but also being used to run 10hp & 5hp agricultural pumps.

Future plan is to increase its capacity through addition of more number of Solar Trees and Battery Banks. Other sources of energy like wind energy and Biogas can also be integrated into this system.

This type of development empower many of the local communities in rural and urban areas to become self-reliant in energy and move India one step forward towards “Atmanirbhar Bharat”.