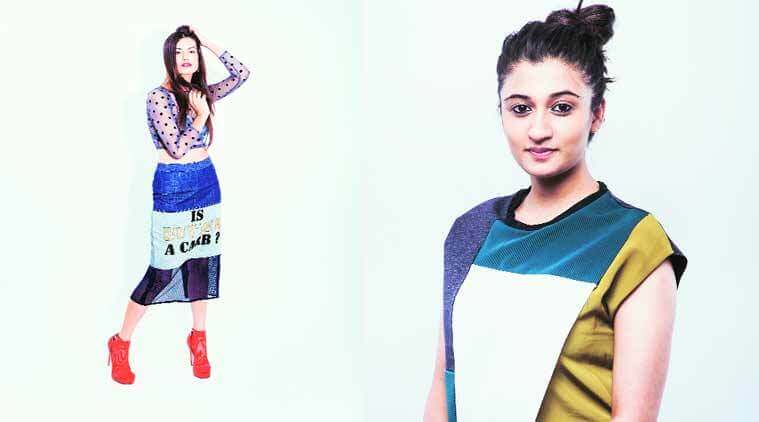 If you leave Kriti Tula in a warehouse full of waste fabric, she is likely to emerge with an entire collection a few hours later. Swatches of fabric, an old pair of denims, tested pieces and even vintage garments – Tula salvages all by creating new garments out of them. It’s as if a denim jacket, as good as new, has been made out of your mother’s old pair of jeans. That forms the foundation of Delhi-based fashion label Doodlage, which has been co-founded by the 27-year-old , who runs the label with Rachna Jhunjhunwala, Paras Arora and Vaibhav Kapoor.

Doodlage is now participating in the GenNext category at the upcoming Lakme Fashion Week in Mumbai. “The collection is called ‘Purge’, as in unwanted and discarded. It’s the word we associate with. The collection is also inspired by the American movie, Purge, and will have a lot of stars and stripes on bomber jackets and slouches,” says Tula. Denim is the obvious choice of fabric for this range, and Tula’s team aims at creating a “zero-waste collection” for the fashion week. “All of our own waste becomes surface ornamentation,” she adds.

It was while working on a project in fashion school that Tula began researching on the wastage in fashion industry. She created a fully up-cycled collection and called it “Doodlage”. “Every garment looked different. Just the way you can’t replicate a doodle. Hence, the name Doodlage,” informs Tula. The four started the label in 2012, and have been selling from various stores in the country ever since. By 2016, Tula plans to open a Doodlage store, with collections for men and children as well as home linens.

While this eco-friendly, no-waste philosophy is Doodlage’s USP, their clothes are a bundle of fun, with clever and witty one-liners such as “Is butter a carb?” and “Plastic” from the American film, Mean Girls. “The slogans are a part of us. We want to sell clothes that are personalised, and speak to the wearer,” says Tula.

Apart from sourcing fabric from retailers who have bulk export rejects, the Doodlage team also visits small towns and villages for the same. One such visit to Jaipur introduced Tula to godowns full of blockprinted fabrics that were essentially testers. “They were tester Sanganeri prints and of no use to the retailer. We bought it and it worked beautifully,” says Tula. The label has also created a similar collection for FabIndia called “Re Fab”. While stores are slowly opening to the idea of keeping an up-cyled fashion line, the clients still amuse Tula with statements such as, “Aap toh kapde waste se banate ho, fir itne paise kyu lagte hain?” Tula likes to waste no time in the conversation and goes looking for another warehouse full of discarded clothes.

This article was originally published in The Indian Express