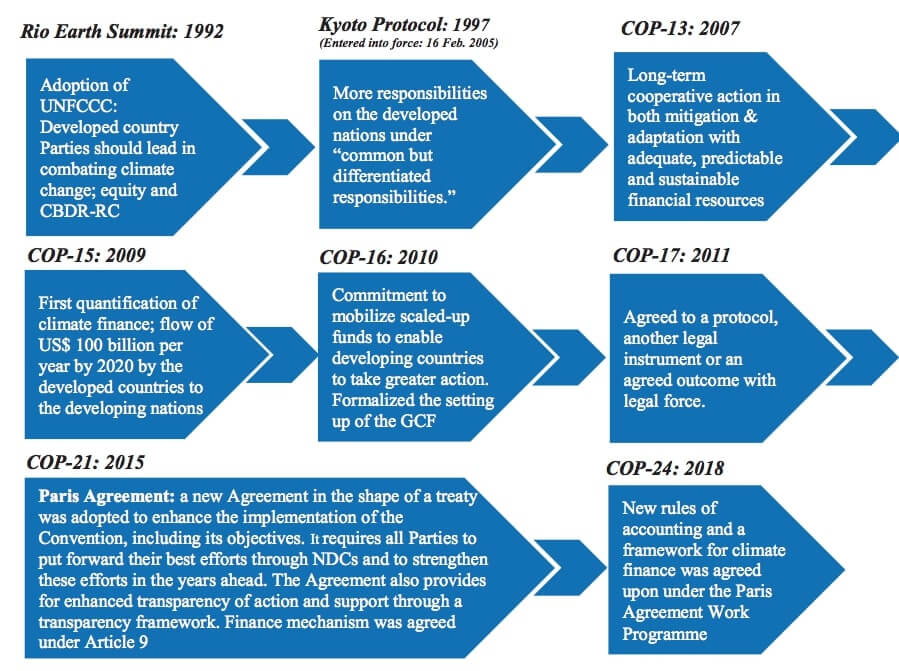 The Economic Survey for FY 2020-21, presented in Parliament today by Union Minister for Finance and Corporate Affairs, Smt. Nirmala Sitharaman, lays emphasis on this approach.

The Survey asks for achieving equity not just across nations and within the nations but also across and within the generations, thereby countering the iniquitous impact of COVID-19 pandemic too.

India and the SDGs

Indian Government has taken several initiatives both at the national and the sub national level to mainstream the SDGs into the policies, schemes and programmes.

The Survey recognizes that Sustainable development will remain core to the India’s development strategy.

The Economic Survey 2021 says that India has been taking several proactive climate actions to fulfill its obligations as per the principles of common but differentiated responsibilities and respective capabilities and equity.

The Nationally Determined Contribution (NDC) submitted by India has been formulated keeping in mind the developmental imperatives of the country and is on a “best effort basis”.

The other goals pertain to adoption of sustainable lifestyles based on traditional values of conservation and moderation, adaptation to climate change, clean economic development and environment friendly technology, etc.

India’s National Action Plan on Climate Change (NAPCC) was launched in 2008. It has through 8 National Missions focussed on advancing the country’s climate change related objectives of adaptation, mitigation and preparedness on climate risks.

The Government has decided to revise the NAPCC in line with the NDC submitted by India under the Paris Agreement to make it more comprehensive in terms of the priority areas.

The Economic Survey highlights the importance of sustainable financing to meet the government’s development priorities and mentions few steps undertaken in this regard:

India is moving in the direction of creating a Social Stock Exchange (SSE), under the regulatory ambit of SEBI for raising capital by Social Enterprises working for the realization of a social welfare objective.

The Survey mentions India being the second largest green bond market among the emerging markets after China. In 2017, to give push to Green Bonds issuances in India, SEBI issued guidelines on green bonds including listing of green bonds on the Indian stock exchanges. As of 24th December, 2020, eight ESG mutual funds have been launched in India.

India’s initiatives at the International Stage

The Survey mentions the initiatives taken by India at the global stage to foster the sustainable model of development and have disaster resilient infrastructure at the disposal of citizens: