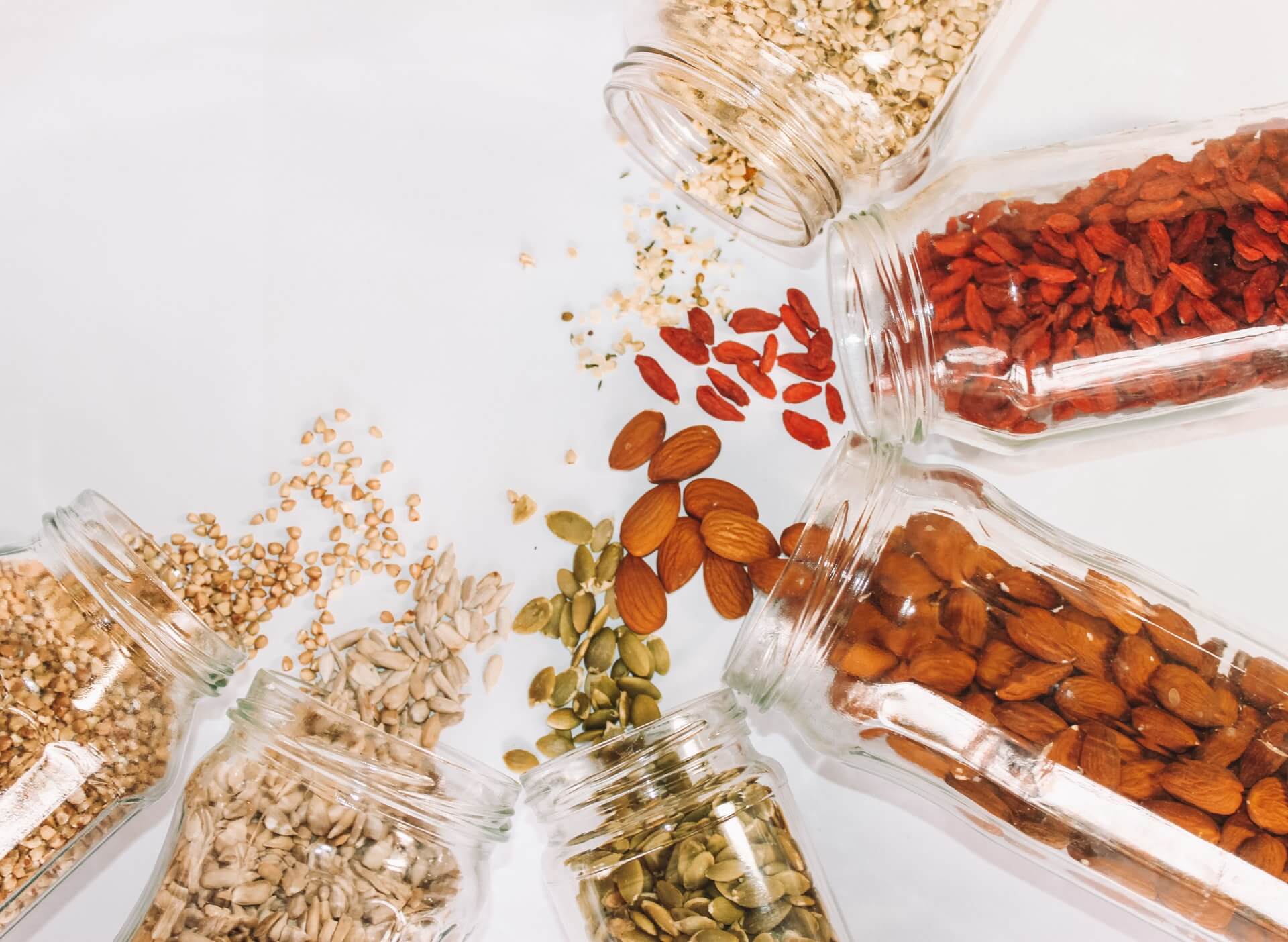 Alternative proteins or non-meat proteins offers a wide variety of nutrients, that are not offered by meat proteins. In addition, they also reduce the risk of high cholesterol, Type 2 diabetes, high blood pressure, diverticular disease and certain types of cancer. From certain researches it is proven that, avoiding meat can increase the life expectancy with 2 to 3 years. It also reduces the risk of obesity.

2. Reduce the impact on environment

Agriculture is a major source of greenhouse gas emissions, and eating a alternative proteins based diet is one approach to drastically cut those emissions. In addition to reducing water usage in some countries, shifting away from an animal-based diet may contribute up to 49% to the world food supply without extending croplands. Hence it is proven it reduces the impact on environment.

3. They do not harm animals

This advantage makes alternative proteins reliable for a vegan diet. Several animal welfare organizations have embraced the notion of synthetic meat as a food source. This means avoiding livestock and, in particular, intensive farming and production of livestock.

Vegetarian and vegan populations have increased dramatically in high-income countries over the last decade, particularly among the young. Food security is improved by using alternative proteins. It also releases the land that is currently used to grow animal feed for human food production

Soy is derived from soybean plants, which are classified as legumes. The beans might be green, black, white, or yellow in hue. Soybeans are a high-protein, adaptable meal that can be eaten raw, boiled, sprouted, fried, or roasted and come in a variety of forms (whole soybeans, edamame, tofu, tempeh, soy milk, and soy chips). Dairy substitutes and infant formulas are made from soybean extracts such as soy-protein isolate, soy-protein concentrate, and soy-protein flours.

Pea is the world’s second most popular plant-based protein, with consumer interest growing in recent decades due to its lack of some of the drawbacks associated with soy. On the other hand, it has a distinct disagreeable flavor, necessitating further processing and flavorings. It is one of the environmentally friendly proteins because it comes from a nitrogen-fixing legume. It is also one of the most affordable alternative protein sources, as well as one of the safest.

Seitan is formed from gluten, a wheat protein that turns flexible and elastic when combined with water. People with celiac disease, as well as those who have a gluten sensitivity, should avoid seitan at all costs because it contains gluten. It is, however, a pleasant and adaptable low-calorie, low-fat, low-carb source of plant protein for individuals who can handle gluten.

It contains twice as much as proteins included in rice. Quinoa is a grain crop farmed for the seeds, which are edible. Flavonoids included in quinoa, such as quercetin and kaempferol, have potent antioxidant and anti-inflammatory properties.  They are high in fiber. It is gluten-free, making it acceptable for those who are gluten-intolerant. They also include a good amount of minerals and vitamins.

The fungus Fusarium venenatum produces mycoprotein. This fungus grows in the soil and is completely harmless. Fermentation is used in the manufacture of mycoproteins. Fermentation is a process in which harmless microbes modify the shape of a food over time. Many fake meat and animal meat substitute products contain mycoprotein as the major constituent.

Many nutrients, such as fiber, are abundant in mycoprotein, which may aid in the regulation of blood cholesterol and blood sugar levels. This could aid in the treatment of type 2 diabetes and obesity.
Some animal proteins, such as chicken, may make you feel fuller than mycoprotein. This can assist you avoid overeating and gaining weight.

Microalgae are a renewable source of nutrition, and interest in algae-based functional foods and dietary supplements in the form of entire biomass, such as Chlorella and Arthrospira, or refined protein products is rapidly expanding. Because of their high protein content (51–58 percent of dry matter) and excellent essential amino acid profiles, Chlorella vulgaris and Arthrospira appear to be the most extensively exploited commercial species.

Although microalgae farming is still in its initial stages, it has the potential to be extremely sustainable, requiring minimal land or external input and even absorbing carbon emissions from surrounding industrial operations.

Microbial protein is a high-quality protein substitute for animal protein such as fishmeal in cattle and aquaculture nutrition. Because it uses water and nitrogen more efficiently than plants, the production of nutrient-rich foods generated from microbial biomass, also known as microbial protein or single-cell protein (SCP), offers a viable way to address food security without increasing environmental pressures. Vitamins, carotenes, and carbohydrates are abundant in microbial proteins. Microbial proteins can also be generated in normal conditions.

Tissue-culture technique is used to proliferate animal cells in vitro (the process by which animal cells are regenerated utilizing a single cell as the source). This procedure produces muscle tissue that has the same protein profile as animal muscles. Growing cultured meat can be an energy-intensive operation, so its long-term sustainability may be dependent on whether it is generated using clean renewable energy.

Manufactures and technologists are trying to provide new technologies to provide plant based proteins to the market. The food industry focuses on delivering these innovative products that meets the health bar and yet gives the same taste. Therefore MNCs, various universities, food scientists, start-ups etc. to bring up new ideas to alternative proteins. They also study on the motives of consumers behind the meat cut down from the diet. Hence, implementing appropriate solutions.

Consumers expect the taste of alternative meat meets the existing meat. They are focusing on alternatives that has a positive impact on environment and their health. Finally alternative proteins must become a complete replacement choice that the food industry is offering to them and that is the agenda.