Heeng Cultivation Starts in India for the First Time 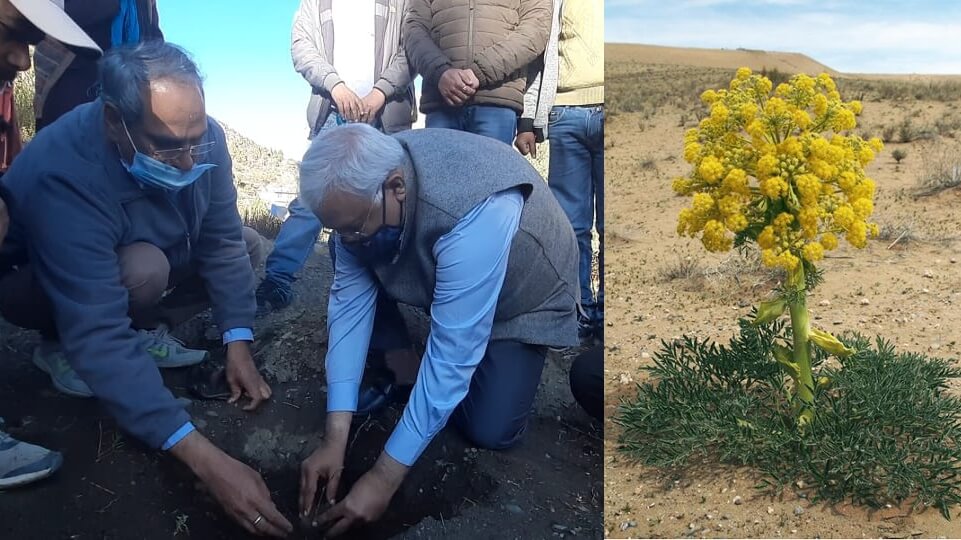 Traditional Indian cuisine is a trove of spices. One such spice, which is commonly used in almost every Indian household is Heeng. However, India has next to zero heeng cultivation and currently about 1,200 tons of raw heeng worth Rs 600 crore is being imported annually from Afghanistan, Iran and Uzbekistan.

What is Heeng & how it became a part of Indian cuisine ?

Heeng, also known as Asafoetida is a key part of the cuisine in many parts of India. According to ‘The Book of Spice’ authored by John O’Connell, Heeng traces of its origin in the Middle East and in the 16th century, Mughals introduced Heeng to the Indian culinary culture.

Heeng is basically a latex gum derived from a type of perennial herb known as Ferula Assa-Foetida, and the natural properties in Heeng makes it a potent spice that cures several ailments. Apart from adding a touch of taste and aroma, Heeng can work wonders for stomach and gut health, and can improve metabolism naturally.

There is no production of heeng in India and about 1200 tons of raw heeng worth Rs 600 crore is being imported from Afghanistan, Iran, and Uzbekistan. Lack of planting material of Ferula assa-foetida plants in India is a major bottleneck in cultivation of this crop.

However, since 2016, Sanjay Kumar, director of CSIR-Institute of Himalayan Bioresource Technology (IHBT) in Palampur, has been working on growing asafoetida locally. CSIR-IHBT has introduced six accessions of heeng from Iran through the National Bureau of Plant Genetic Resources (NBPGR), New Delhi, and standardized its production protocols under Indian conditions.

The first seedling of asafoetida was planted by Dr. Sanjay Kumar, Director, CSIR-IHBT on 15th October, 2020 at farmer’s field in village Kwaring of Lahaul valley to mark initiation of cultivation of asafoetida in India. Heeng is a perennial plant and it produces oleo-gum resin from the roots after five years of plantation. It can be grown in unutilized sloppy land of cold desert regions.