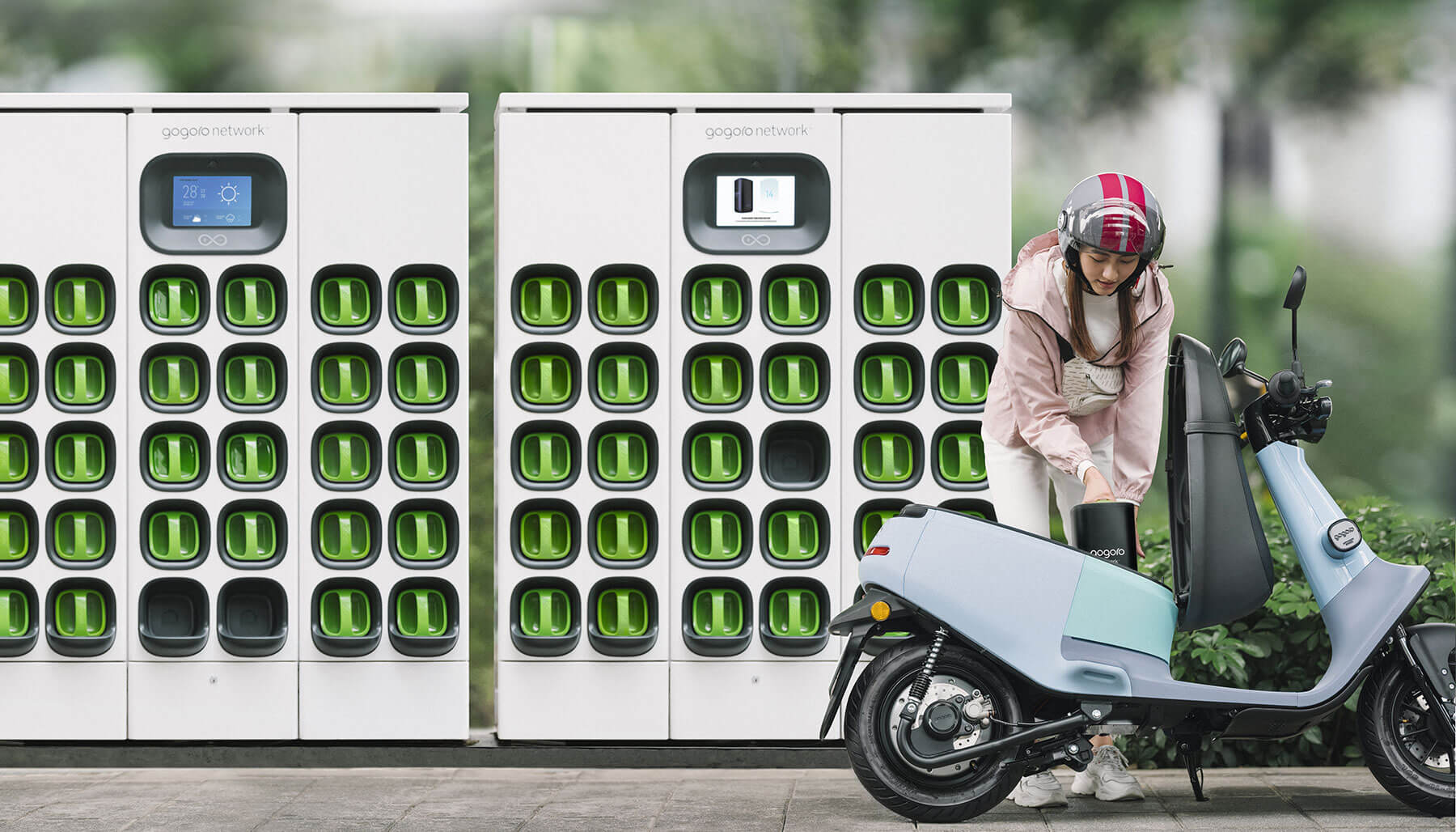 The world’s biggest maker of motorcycles, Hero MotoCorp Ltd, has announced a major partnership with Taiwanese EV brand Gogoro. Together, Hero MotCorp & Gogoro will launch Swap & Go battery swapping in India. The joint venture will build smart battery swapping stations across India to accelerate the transition to smarter, cleaner portable electric fuel for millions of riders across the country.

Gogoro’s single Super GoStation location alone can support over a thousand swaps a day. The entire system is connected by the Gogoro Network cloud service which continually monitors the condition of every battery down to each individual energy cell and manages how quickly they are charged, ensuring our batteries last longer and deliver more power over time.

With bi-directional charging and smart energy management, the increased storage capabilities can help stabilize local power delivery and provide emergency power back to the grid as needed. Even during widespread outages, our GoStations can remain operational for riders to swap batteries for up to 72 hours.

“With this new partnership, we commit to introducing a sustainable mobility paradigm, first in India and then in other markets around the world. This partnership will strengthen and expedite the Indian government’s electrification drive and will have a significant impact on India’s energy and mobility future.”

As per the press release, the joint venture will develop a range of Hero-branded smart vehicles powered by Gogoro Network leveraging the industry’s most intelligent and versatile 2EV platform. Hero Motocorp – Gogoro partnership will combine the power and reach of Hero MotorCorp with the innovation and battery swapping infrastructure experience of Gogoro to solve the complex challenges of electrifying India’s two-wheelers to usher in a new era of sustainable urban mobility in India.

Home to six of the world’s largest megacities, riders in India face stifling pollution, staggering growth and overwhelming traffic congestion. New Delhi, with a population of over 26 million, ranks 8th in the world for the worst traffic. Mumbai and Bengularu ranked second and sixth.

“We are at a critical stage in the transformation of urban mobility and the evolution of smart cities. With more than 225 million gas-powered two-wheel vehicles in India, the need for smart and sustainable electric transportation and re-fueling is vital.”

According to Bloomberg, the switch to electric is moving faster for two-wheelers than any other form of road transport and estimates that global sales of motorbikes, scooters and mopeds topped 25 million in 2020. That represents about 35% of total sales of two-wheeled vehicles.

India’s total sales of two-wheelers stood at 1.5 million units last month, while for the fiscal year through March they amounted to 15.1 million. According to the Society of Indian Automobile Manufacturers, Hero’s sales accounted for more than a third of the total in both March and the fiscal year.

The share of Internal Combustion Engine (ICE) two-wheelers & three-wheelers is nearly 84% of total vehicle sales in our country. Therefore, the fastest adoption of electric vehicles is expected to be in two-wheelers and three-wheelers. By 2025, forecasts expect up to 4 million of such vehicles could be sold each year, growing to almost 10 million by 2030.