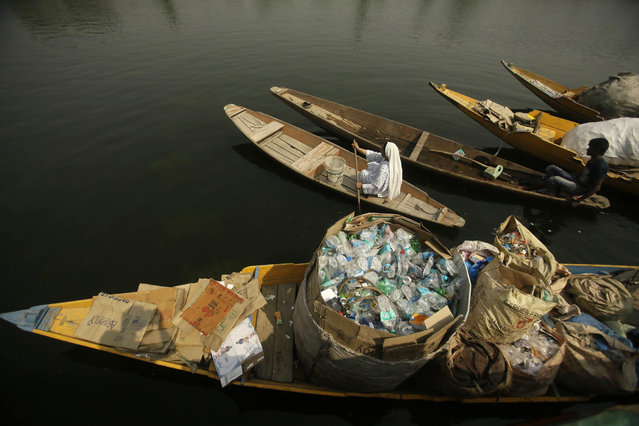 In a significant development, there is information circulating in Newspapers & websites that India is set to impose a nationwide ban on plastic bags, cups and straws on October 2, officials said, in its most sweeping measure yet to stamp out single-use plastics from cities and villages that rank among the world’s most polluted.

This post looks at various aspects of the NEWS information & Single Use Plastics.

What are Single Use Plastics:

As the name suggests, single-use plastics (SUPs) or disposable plastics are used only once before they are thrown away or recycled. These include plastic bags, cups, plates, aerated drinks’ bottles, straws, stirrers, take-away food containers, processed food packers and wrappers. Of these, foamed products such as disposable cutlery, plates and glasses are considered the most dangerous to the environment.

What is the problem with Single Use Plastics:

Based on the relevant studies, concerns are growing worldwide about plastic pollution, with a particular focus on the oceans, where nearly 50% of single-use plastic products end up, killing marine life and entering the human food chain.

Are there any benefits of using Single Use Plastics:

The plastic industry played a vital role in the growth of Indian economy, the current trend in India’s plastic exports, which is expected to surpass USD 8 billion in 2018-19. The country’s plastics industry also offers immense potential in terms of capacity, infrastructure and skilled manpower.

India is currently ranked among the top five consumers of polymers in the world and has 30,000 plus plastic processing units employing over four million people across the country.

The material is cheap, lightweight and easy to make. SUPs are also very convenient to use and cost-effective to purchase. The average consumption of plastics is roughly 13 kilograms per capita per year.

India’s War on Single Use Plastics

India lacks an organised system for management of plastic waste, leading to widespread littering across its towns and cities. There is no central and comprehensive definition for single-use plastic. Hence, the war against single use plastic has been voluntary & varied. Some states like Telangana, Maharashtra, Tamil Nadu, Himachal Pradesh banned plastic bottles and Tetra packs, single-use straws, plastic/styrofoam tea cups/containers, etc. But many like Bihar banned only polythene bags.

In his 2019 Independence Day speech, PM Modi urged citizens to eliminate the use of single-use plastic and also suggested that shopkeepers provide eco-friendly bags to its customers.

“During my 2014 speech, I spoke about cleanliness. It became a movement in the country and the common man took it up with gusto. Today, I have another request. By October 2, on the birth anniversary of Dear Bapu (Mahatma Gandhi), I want to urge the citizen to give up single-use plastic…….Shopkeepers should sell jute and cloth bags. Customers should adopt ways to reduce plastic usage. We must also put technologies in use to abolish plastic usage.”

“This year, on October 2, when we celebrate Bapu’s 150th birth anniversary, we shall not only dedicate to him an India that is open defecation-free but also shall lay the foundation of a new revolution against plastic, by people themselves, throughout the country,”

Now there is high speculation that On 2nd October 2019 (the 150th birth anniversary of Mahatma Gandhi), PM Modi  may impose a nationwide ban on single-use plastics.

However, a more credible news seems to be that PM Modi is set to launch the campaign with a ban on six items which are plastic bags, cups, straws, plates, small bottles and certain types of sachets. The ban will be comprehensive and will cover manufacturing, usage and import of such items.

This ban on the first six items of single-use plastics will clip 5% to 10% from India’s annual consumption of about 14 million tonnes of plastic.

Penalties for violations of the ban will probably take effect after an initial six-month period to allow people time to adopt alternatives.

The federal government also plans tougher environmental standards for plastic products and will insist on the use of recyclable plastic only. It will also ask e-commerce companies to cut back on plastic packaging that makes up nearly 40% of India’s annual plastic consumption.

Taking a lead on this various organisations are coming forward with their own initiatives like Bhopal railway division which has accounced to ban single use plastics  from Oct 2. And, Airports Authority of India has recently declared 20 more airports single-use plastic free.

Over and above 35 AAI airports that were declared ‘Single-use Plastic Free,’ 20 more AAI airports have joined the crusade. AAI is committed to preserve the environment and do its bit. #AAICares pic.twitter.com/otAHbr5O7R

What other countries are doing regarding Single Use Plastics

Bangladesh was the first country to ban plastic bags in 2002. In 2008, Rwanda imposed a blanket ban on the sale, use, and production of plastic bags.

The European Union plans to ban single-use plastic items such as straws, forks, knives and cotton buds by 2021.

One thought on “India declares war on Single Use Plastics”