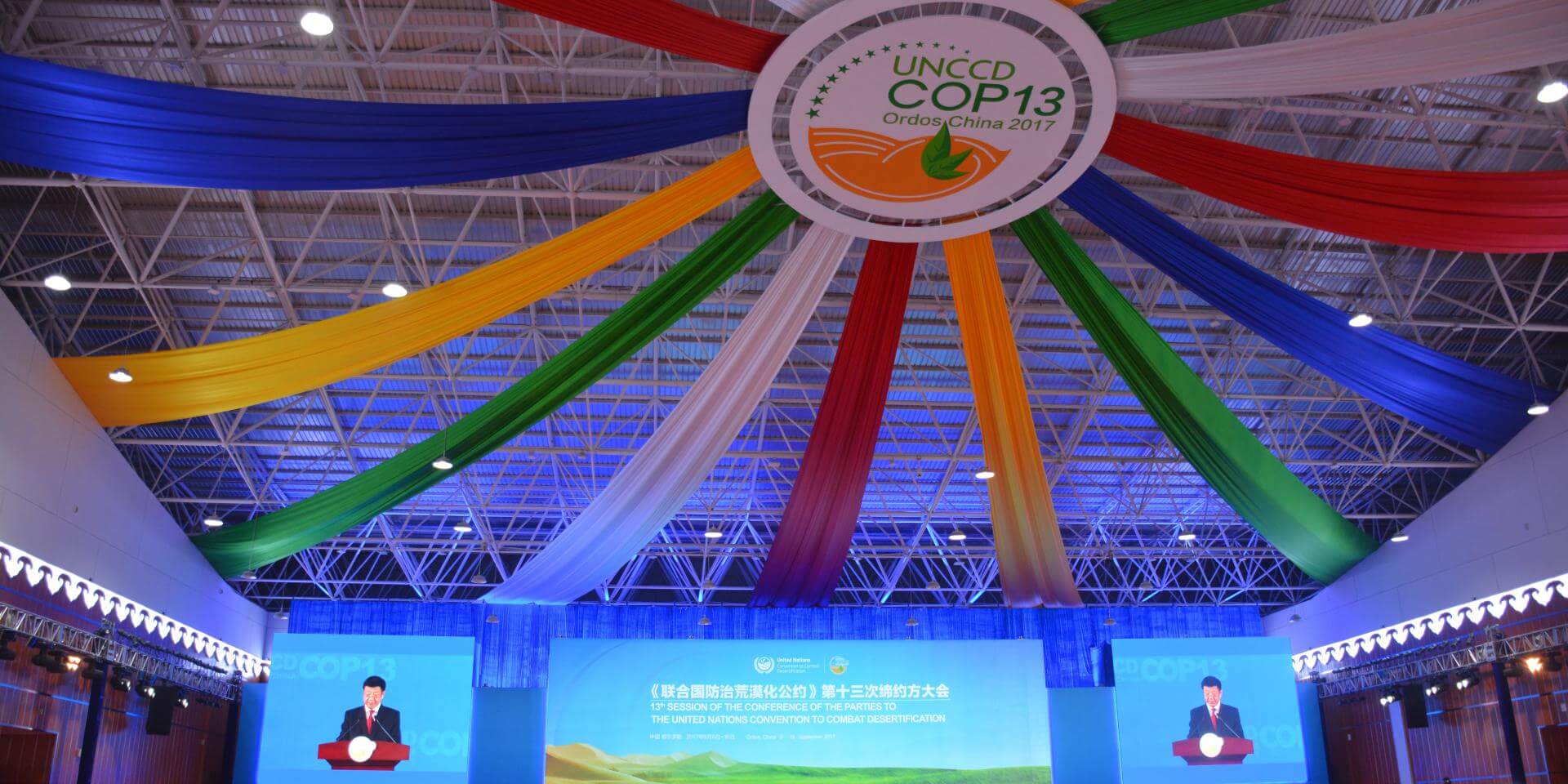 The global conference will be hosted at India Expo Mart Limited in Greater Noida from 2nd to 13th September and is expected to see participation from at least 5,000 delegates from nearly 197 countries.

Ahead of the COP-14, Mr. Javadekar launched a flagship project, part of a larger international initiative called the Bonn Challenge, to enhance India’s capacity for forest landscape restoration (FLR). The Bonn Challenge is a global effort to bring 150 million hectares of the world’s deforested and degraded land under restoration by 2020, and 350 million hectares by 2030.

Adopted in Paris in June,1994, the United Nations Convention to Combat Desertification (UNCCD) is the sole legally binding international agreement linking environment and development to sustainable land management. The Convention addresses specifically the arid, semi-arid and dry sub-humid areas, known as the drylands, where some of the most vulnerable ecosystems and peoples can be found.

The Conference of the Parties (COP)

The Conference of the Parties (COP) was established by the Convention as the supreme decision-making body; it comprises ratifying governments and regional economic integration organizations, such as the European Union.

One of the main functions of the COP is to review reports submitted by the Parties detailing how they are carrying out their commitments; the COP makes recommendations on the basis of these reports.

Till now, the COP has been meeting biennially since 2001 and 13 COPs have taken place. The last, COP13 took place in 2017 in Ordos, China and the upcoming COP 14 would be held in India in September, 2019. India will takeover the COP presidency from China for two years until the next COP in 2021.

2 thoughts on “India to host 14th COP of UNCCD”