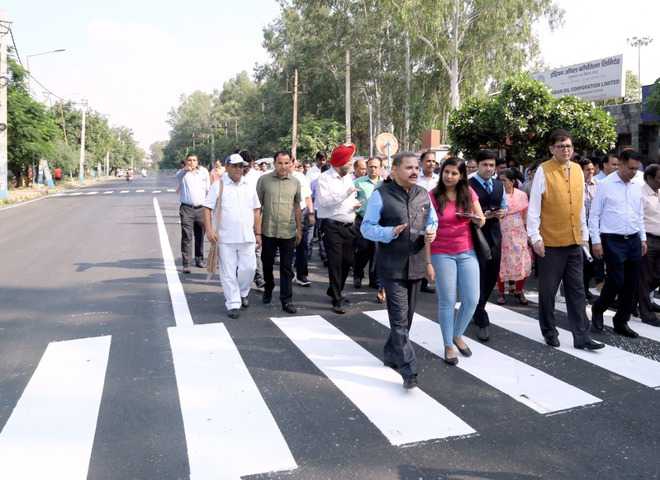 The R&D Centre of Indian Oil has the effect of shredded waste plastic on bituminous concrete. According to the reports available, the waste plastic roads have the advantages of higher strength, increased durability, lesser rain water seepage due to plastic in the aggregates, better binding/bonding of mix and lesser stripping with less potholes.

A 850 meters of road outside Indian Oil R&D Centre in Faridabad was chosen as the testing area in Faridabad. The test was conducted with varying concentrations (1%-3%) of single use plastic and to see its effects for paving bituminous roads.

According to press release by the company, about 16 MT of waste plastic was used to carry out the test. The products used were single-use carry bags/packaging film waste. The R&D department will monitor the stretch along with the CSIR-CRRI’s association and will also fine-tune the concentration of single-use plastics.

The plastic road was inspected and test launched for use by Dr. SSV Ramakumar, Director (R&D), Indian Oil and other Indian Oil officials on Wednesday at Faridabad.

The project to use plastic in the building of roads was a part of the initiative by the Indian Oil to reduce, reuse and recycle plastics.

The company also announced its another initiative was the introduction of Soluble Bitumen Poly Bags for bitumen filling which was produced from 100% single-use waste plastic, which solubilise fully in the bitumen at the time of road paving.