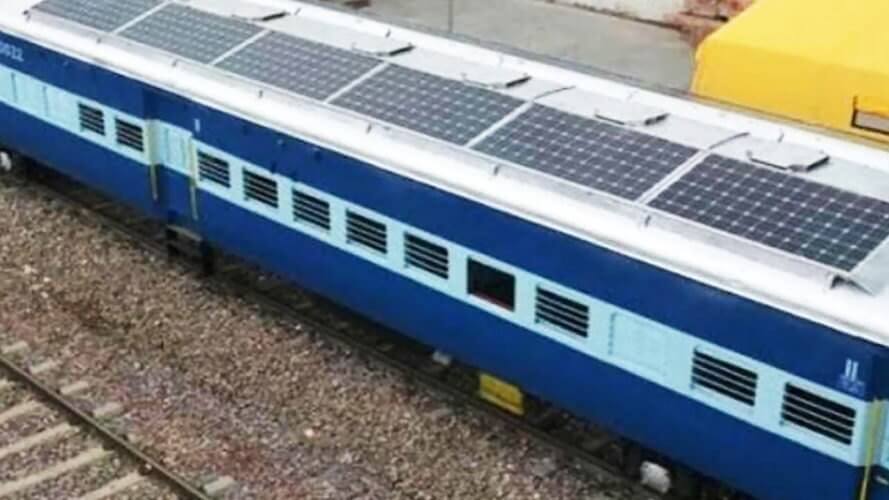 Indian Railways is guided by a holistic vision to promote Green environment and clean energy while making
the Indian Railways a global leader in sustainable mass transport solutions.

Innovative solutions like Head-On-Generation systems, Bio-Toilets and LED lights recreate the train itself into a travel mode that’s kinder to the environment while maintaining comparable passenger comfort.

Indian Railway’s Dedicated Freight Corridors are being developed as a low carbon green transportation network with a long-term low carbon roadmap, which will enable it to adopt more energy efficient and carbon-friendly technologies, processes and practices.

In July 2016, a Memorandum of Understanding (MoU) was signed between Indian Railway and Confederation of Indian Industry for facilitation of Green initiatives on Indian Railways. Consequently, 39 Workshops, 7 Production Units, 8 Loco Sheds and one Stores depot have been ‘GreenCo’ certified. These include 2 Platinum, 15 Gold and 18 Silver ratings.

Indian Railways has incorporated Climate Change features in its own risk assessments and disaster management protocols. Top management in IR’s many public sectors have been communicating with stakeholders for a shared understanding, needed for long-term health and sustainability of the organisations they lead.

The Environment Sustainability Report published by IR and subsidiary units each year sets up a framework document defining strategies and focus points in the context of climate change, the issues at stake, and steps for dealing with them.

It helps railways to support government commitments such as the Paris agreement on climate change, the UN Sustainable Development Goals and National Disaster Management Plans.

Appropriate interpretation matching the IR’s own realities and ground situation  suitably adapts the efforts of departmental managers in anticipating and facing up to those challenges.