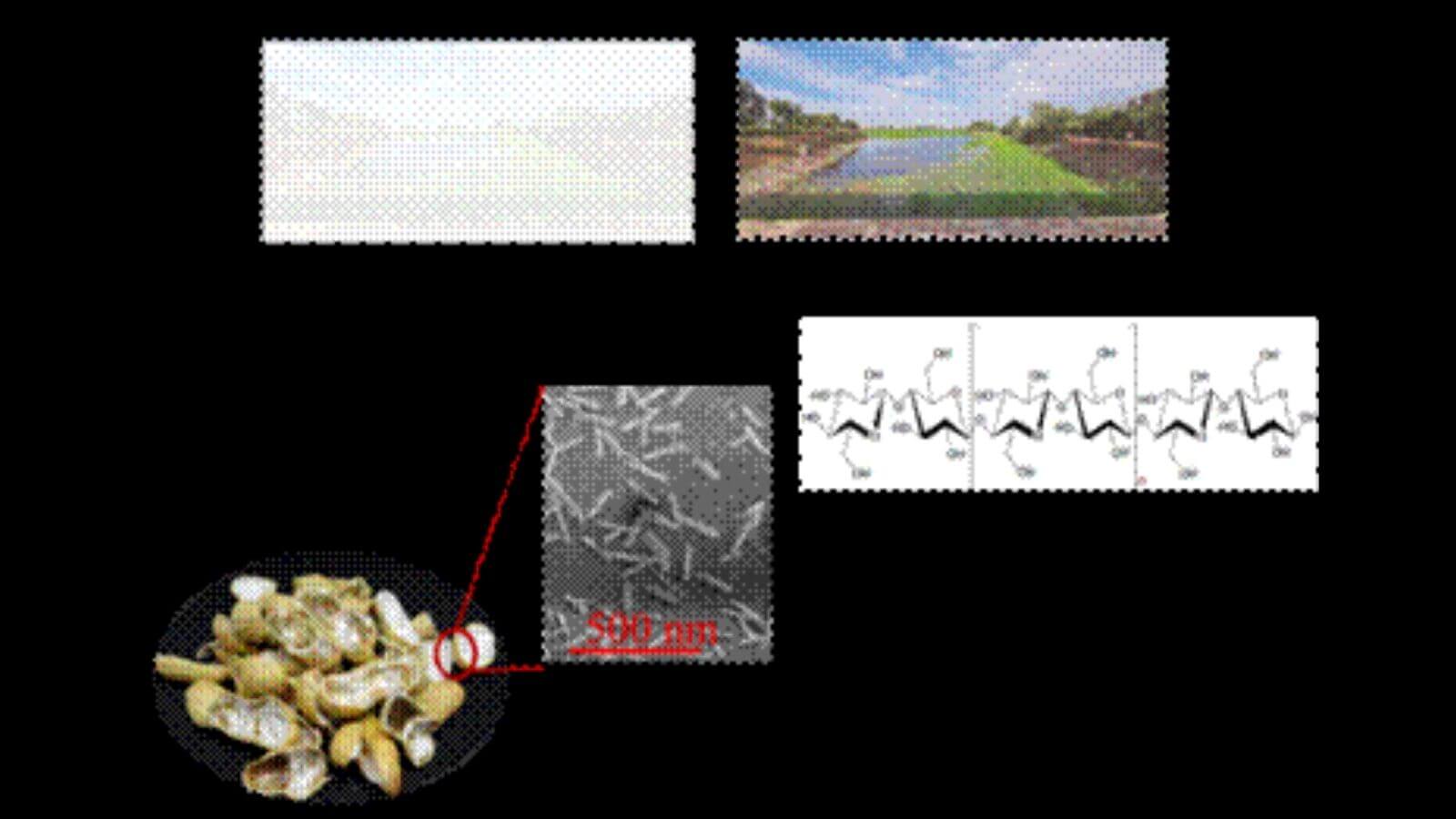 Indian scientists have developed an eco-friendly smart screen from groundnut shells that could help not only in preserving privacy but also in energy conservation by controlling light and heat passing through it and reducing air conditioning load.

A group of researchers led by Prof. S. Krishna Prasad, along with Dr Shankar Rao of the Centre for Nano and Soft Matter Sciences (CeNS), Bangalore, an autonomous institute of the Department of Science & Technology, Government of India has made major headway in developing such a cellulose-based smart screen from discarded ground nutshells.

In the smart screen application, liquid crystal molecules were confined in a polymer matrix. The matrix was built using cellulose nanocrystals (CNC) which were prepared from discarded groundnut shells by Prof. Yuvraj Singh Negi’s team at IIT Roorkee. The refractiveindex of the liquid crystal molecules along a particular direction were altered by the application of an electric field. In the absence of the electric field, there was a mismatch between refractive indices between those of the polymer and the liquid crystal, leading to the scattering of light. Upon application of a few volts of an electric field, the liquid crystal molecules underwent a direction change resulting in the matching of refractive indices, and the device became transparent almost instantaneously.  When the field was turned off, the system quickly recovered the scattering state. This reversible change between the two states available at the flip of a switch occurred over thousands of cycles, with essentially no change in contrast or switching speed.

The device they developed, described in a recent issue of Applied Physics Letters, employed the same principle that causes fog on winter mornings. This happens only when the water droplets are of right size, and it can co-exist along with air. The incoming light sees these two as materials of different refractive indices and thus gets scattered, giving a foggy appearance. Similarly, the polymer and the liquid crystal should co-exist in the right size to create the required optical properties for the smart screen.

Ms Pragnya and Dr Srividhya, the students who worked on the device, emphasize that the protocol for the CNC preparation plays a key role in controlling the device contrast with the IIT Roorkee material outperforming the CNC available from commercial sources.

Apart from the original intention of targeted privacy creation, the device can be employed for a whole range of possible applications, especially in energy conservation by controlling the amount and window of infrared light that is permitted to pass. For example, while a window having this technology would remain transparent to the entire visible region, undesirable levels of heat radiation could be significantly reduced, keeping the enclosure cool.