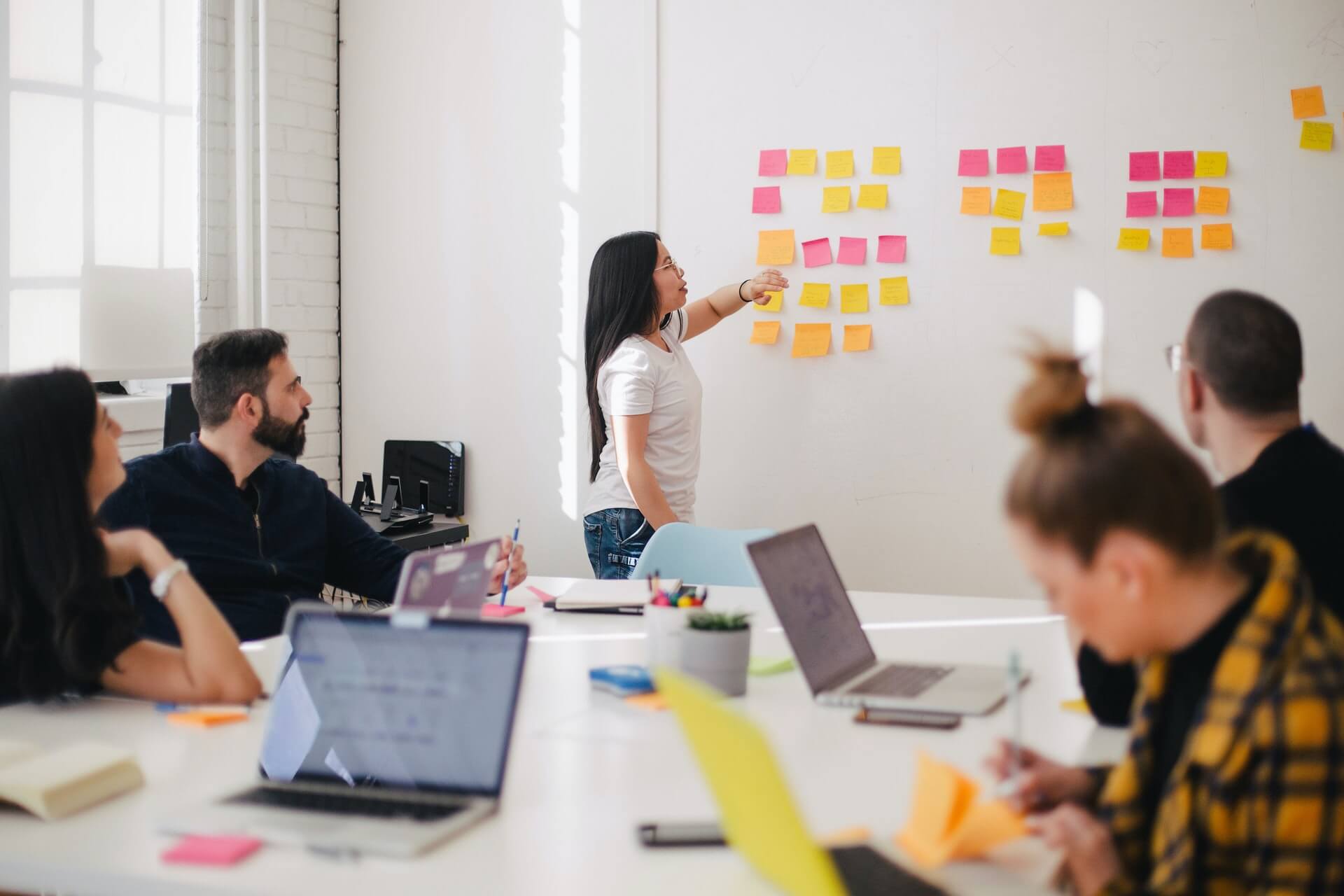 The concept of ‘Green Technology’ has been prevalent in the contemporary era.  Industries throughout the globe are switching to the greener side of innovation using sustainable and environment-friendly transportation methods, infrastructural and technical developments etc. Admittedly, today it has moved to  mainstream commercialisation, occurring at a rapid pace as well as at a critical  time.

The United States has been the front-runner in this green technology  initiative and as per the mission statement of the organisation- U.S. Green Technology, the goal is to make the main street meet with the green street!

Green Technology entails innovation. It aims to achieve long-term sustainable development, along with several social, and economic benefits, thus representing  potentially transformational approaches to some of the bristliest developments in  the world. However, as we say, every rose has its thorn.

Since there is a  subjugating consideration of the external environment in green innovation, there is often conflict between self-interest and social benefits in the implementation of  an enterprise’s green initiative. Ergo, a lot rests on innovation and the percentage  of sustainability inculcated in it, contemplating the balance between the economic  growth of the organisation, as well as its environmental initiatives.

A widely acknowledged notion is that Innovation is part inspiration and part hard work. A person coming across a brilliant and innovative idea is ready to vigorously row a boat full of decision-making, planning and leading, strategizing etc. This idea  might linger around in the untouched or unfamiliar areas of business or may even  be common practice or business operation. Consequently, it becomes a much more  difficult role to play when he or she has to decide the right direction to proceed,  the correct roles and processes that would be included, and the primary mode of  operation.

Celebrated science author and media theorist, Steven Johnson once said that “if you look at history, innovation doesn’t come from just giving incentives to people, it rather comes from creating an environment where the ideas can connect”.

The  underlying notion of the quote can be rightly believed that innovation simply is not addressing the ideas but rather looking at them in an entirely new way and  figuring out the when, where and how to take them forward. All this helps in creating a profitable environment for an organisational setup.

But the question that lingers still is whether this environment is sustainable or not.  The need for resources for the growth and development of innovation is unquestionable as well as endless. However, another fact is that these resources  are not in abundance on Earth. They are the key to the existing material  infrastructure and services engendered and offered by man and are used in a  number of ways, viz. in transportation, communication, information services and a lot more. Their constant usage hence creates an everlasting impact on the environment. Innovation is continuous and so is this impact.

This is an overwhelming concern not only in the United States but in other countries as well. The United Nations Environment Programme announced recently that India is one of the fastest growing economies, among other middle income countries. Even so, home to one of the largest green energy projects in the  world, India still lags in the pursuance of green technology and falls short in  contributing toward sustainable development.

Several corporate organizations  and industries in India have been contributing toward what can be called the  opposite of sustainable development. According to the World Air Quality Report  2020, India’s capital New Delhi has been named the world’s most polluted city for  the third time in a row.

The factories and manufacturing units in India, the United States and across the  globe with their progressions altogether lead to harm to the environment in one  way or another. Many organisations and industries use their “innovative” ideas to  produce pioneering goods and services, with little regard for the impact they are  having on the environment.

This production is the result of the growing needs and  number of consumers. The growing world population becomes a thwarting factor here. As of August 2022, the world population stands at around 7.97 billion and  this continues to put a strain on Green Innovation.

Talking about corporate organisations, the concept of ‘Corporate Governance’ or  ‘Corporate Social Responsibility’ is an example of altruism. Yet, another factoid is  that CSR projects involve cost with no immediate discernible benefits. This makes  shareholders baulk at investing in anything that does not bring immediate  financial gains, making it hard for an organisation to become a sustainable  business. Presently, there appears a scant or no solution to this issue.

Many  environmental activists, business executives and scholars would provide an array  of answers to the question- What does it mean to make a business sustainable? adding to the fact that making any change to an already existing business practice  is quite expensive and does not often sit well with these organisations and the  people concerned.

The meaning of sustainability encompasses a crippling vagueness which in turn  means a lack of accountability as well. Many environmentalists have on several  instances pointed out that the innovative idea of using renewable energy through  solar panels is also in a way “not-environment friendly” as the rare materials used  in the panels are mined unsustainably and the panels themselves are non

renewable. Also, the companies often lack in keeping track of the carbon emissions  through these panels. Clearly, innovation is not enough to bring about radical  development in the country.

So, what is the solution? Very few entrepreneurs, CSR professionals and business  organisations can substantially claim that their working procedures are  sustainable. Others are often not able to back their claims with hard shreds of  evidence. The foremost step towards innovative sustainability in an organisation’s  CSR drive would be a strict determination of its value.

What is crucial to  understand is that it is relatively easy to calculate the amount of savings by switching to renewable resources, however, not all sustainability solutions are  plain sailing. Altering a corporate’s entire chain of business supply to switch over  to renewable resources for its operations just like Apple Inc had promised in its  Environmental Responsibility Report, 2017 is very likely to require a costly initial  investment which would pay off years later. But of course, the same can surely  build goodwill with increasingly environmentally conscious customers.

Supporting the idea of sustainability sometimes can lead to encouraging the  customers to consume less, which in turn can reduce profits and overall revenue.  Thus, it is important to find a balance. The ideal business model here should be to  build the best product, discourage unnecessary consumption, and reduce the  harmful impact on the environment. The famous clothing company, Patagonia is  altering its business model in a similar capacity and is being widely lauded for the  same.

It is easy to give speeches and initiate workshops to make employees and  consumers aware of the environmental responsibilities of any organisation.  However, climate solutions often require collective actions. One way to make this  happen is to team up with other organisations and with environmentally focused  non-profits. Organisations can team up to recycle and reuse the products sold to  the consumers, in order to reduce the manufacturing load, thus aiding in the  prevention of harm to the environment. ‘Loop’ being one such effort is a good  example of collective action.

Large conglomerates, Walgreens and Kroger have  collaborated with TerraCycle, a waste management company, to sell lots of  consumer products through a circular shopping system. Customers, through this  system, can buy a wide variety of products, from pasta to shampoo, in reusable containers. The products are initially delivered to the customers’ homes and, when  they are empty and not useful, they can be picked up to be cleaned and reused.

Concluding, it can be said that with these actions and innovative ideas to save the  environment and make their business operations sustainable, it is important for entrepreneurs, environmentalists, and innovators to come together and take a  communal initiative towards the cause.

A global movement is crucial- not just in  speeches, or on social media platforms, but in real procedures and practices. It is  important to reassess strategies to achieve sustainable development goals.  Awareness, information and upskilling are the key aspects. Thus, innovation shall  become an integral part of the definition of sustainability, whilst inculcating  sustainability in its own definition!

I, Harsh Bhalla am a Product Analyst, working currently at Goodera.org. I have always been drawn toward the need for Environmental Sustainability as a CSR initiative and have thus written my article in regard to the same. My article focuses on how business organisations can effectively focus on bringing innovation and sustainability together.

One thought on “Innovation vs Unceasing Sustainability: An Organisational Confrontation”