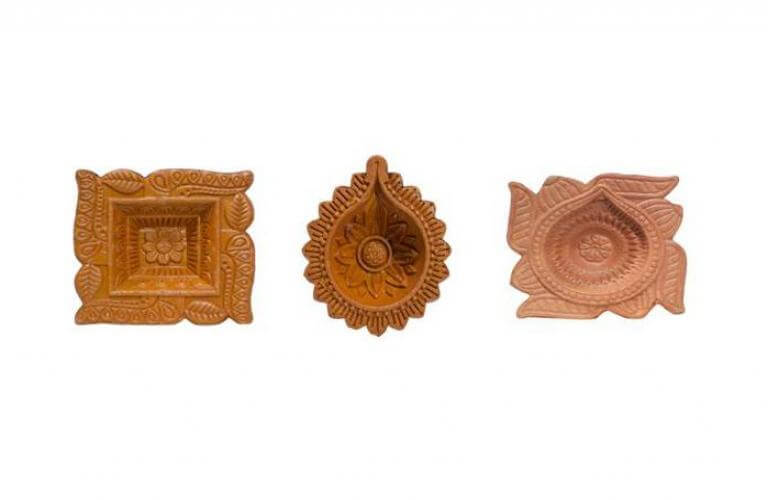 In 2020, Khadi and Village Industries Commission (KVIC), decided to sell Clay Diyas to online and through stores, for the first time. On 8th October, KVIC launched online sale of Diyas through its e-portal and in less than a month, nearly 10,000 Diyas have already been sold online. The KVIC e-portal has helped artisans sell diyas online empowering KVIC potters in real sense. Earthen lamps (Diya) made by these potters in the remote parts of Jaisalmer and Hanumangarh districts in Rajasthan are now reaching every corner of the country.

The sale of Diyas is further rising with Diwali inching closer. Following this, KVIC launched new sets of designer Diyas that are also in huge demand.  KVIC has launched 8 types of designer Diyas that are priced nominally between Rs. 84 and Rs. 108 for a set of 12 pieces. KVIC is also offering a discount of 10% on these Diyas. KVIC potters have expressed happiness that they are earning Rs 2 to Rs 3 on sale of every Diya. Over 10,000 Diyas have also been sold through various Khadi outlets.

The Clay diyas are being procured from KVIC units in Pokharan in Jaisalmer and Rawatsar in Hanumangarh district in Rajasthan.

KVIC Chairman Shri Vinai Kumar Saxena said the online sale of clay items is empowerment of KVIC potters in real sense. “Earlier, potters in a particular region would only sell their items locally but with the pan-India reach of Khadi’s e-portal, these products are being sold in every part of the country.

Through KVIC e-portal, Diyas made in Rajasthan are being purchased in remote states like Arunachal Pradesh, J&K, Kerala, Assam, Maharashtra, Andaman & Nicobar Islands. This has prompted an increase in production and higher income of the potters,” Saxena said. “This is precisely the dream of the Prime Minister to empower potters and revive the art of pottery,” Saxena added.

Madan Lal Prajapati, one such potter of PMEGP unit in Pokharan, said this is the first time he is selling Diyas outside his village. “This Diwali our sale has shot up. We are supplying our Diyas to Khadi Bhavan in Delhi and from there it is being sold throughout the country online. This is fetching me good income,” he said.

Apart from Clay diyas, KVIC is also other clay items such as Laxmi-Ganesh idols and other decorative through its outlets in Delhi and other cities. These idols are being made by potters in Varanasi, Rajasthan, Haryana and other states and are fetching good income for the potters.