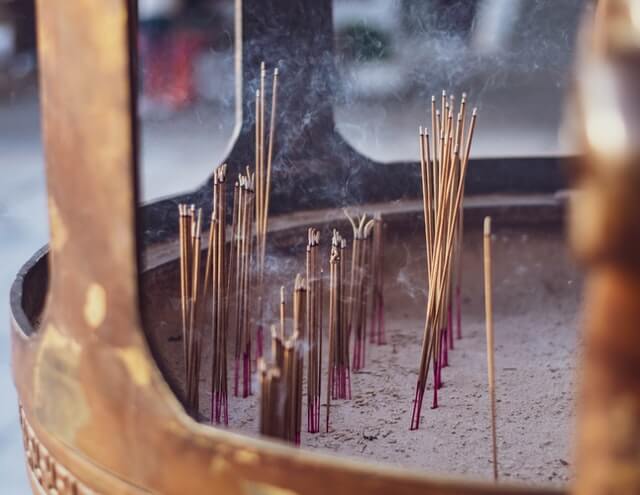 With the help of this module, the linkages with the industry will be synergised better to enable seamlessly procurement from production units and information gaps can be plugged. All NBM States are in the process of documenting all the units to assess better how further support can be given for ‘Vocal for Local’ and ‘Make for the World’ since Indian agarbatti are much sought after in global markets.

At present, the consumption of incense sticks in India is around 1490 tons per day but only 760 tons per day is produced locally. Hence, there is a huge gap in the demand and supply of incense sticks that resulted in heavy import of raw agarbatti sticks. The import of raw agarbatti sticks increased from just 2% in 2009 to 80% in 2019.

National Bamboo Mission (NBM), Ministry of Small and Medium Enterprises (MSME), Khadi and Village Industries Commission (KVIC) schemes as well as States, together  with industry partners have stepped up focused support to enable India to become Atmanirbhar in the agarbatti sector, to bring back livelihoods for the local communities while at the same time modernising the sector too.

The agarbatti sector traditionally provided large scale employment to the local workforce, which however dwindled due to various factors including the ingress of cheap imports of round sticks and raw batti.

A comprehensive study was carried out by NBM in 2019 following which policy measures taken by the Government of moving raw batti imports from free to restricted category in Aug 2019 and increasing import duty on round stick uniformly to 25% in June 2020 came as a boost to the domestic units.

The restructured National Bamboo Mission (NBM) was launched in 2018-19 for holistic development of the bamboo sector through a cluster-based approach in a hub (industry) and spoke model to harness the opportunities by providing backward and forward linkages among the stakeholders – linking farmers to markets.

The Mission was launched as a natural corollary of the historic amendment of the Indian Forest Act in 2017, removing bamboo from the definition of trees, hence bamboo grown outside forests no longer need felling and transit permissions.

There is a huge potential to place Indian bamboo products in the domestic as well as global markets with the latest technologies, modern processing and by generating awareness on compliance requirements for destination countries.

The Mission is streamlining its interventions to enhance domestic industrial activities as well as augmenting the farmer’s income with support from technical agencies and facilitative steps.

The Mission is presently being executed by 21 States, including all the 9 States of NER through the respective State Bamboo Missions. NBM is also advising States to make available quality planting material to the farmers out to carry out plantations of commercially required species, set up common facility centres and other post-harvest units in complete sync with the requirement of existing and sunrise industries for a win-win situation for farmers and Indian bamboo industry.