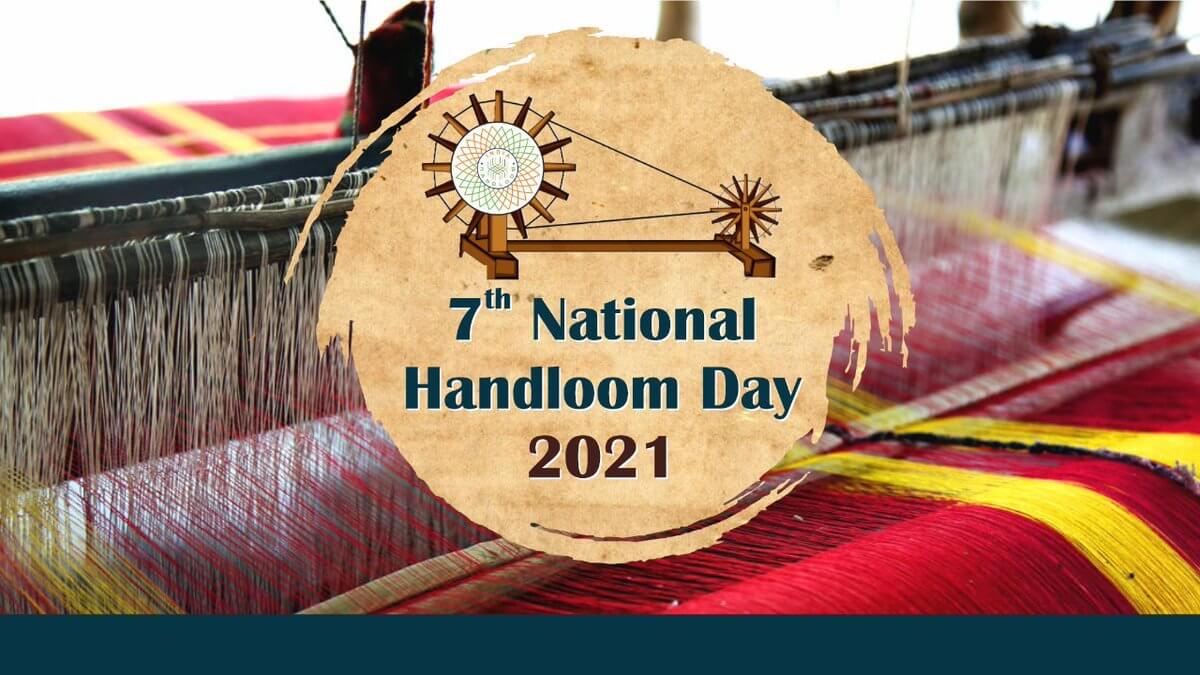 The 7th National Handloom Day 2021 was observed yesterday on 07th August across the country. The National Handloom Day is observed on 7th August every year in India to honour the handloom weavers in the country and also highlight India’s handloom industry. The day also marks an opportunity to develop a strong, vibrant Handloom Sector to provide sustainable employment to Handloom weavers.

Why Is National Handloom Day Celebrated ?

The day of August 7 was chosen as on August 7, 1905, the Swadeshi Movement, one of the several movements in India’s freedom struggle, was launched in Calcutta Town Hall, a demonstration against the British government’s decision to partition Bengal. Besides, the movement focused on reviving domestic production, encouraging indigenous industries and the spirit of Swadeshi. A large number of handloom weavers took part in the movement.

Among the many sectors, the handloom industry is one of the major symbols that represents Indian cultural heritage. It also holds a great cultural significance in history.

This industry has been an important source of livelihood and employment in every part of the country, especially for women. Thus, the day is to make people aware of the rich history of Indian handloom at a time when synthetic fabrics took over the textile industry.

The Prime Minister, Shri Narendra Modi has said that Handlooms manifest India’s diversity and the dexterity of countless weavers and artisans and has called for support for the local handloom products.

In a tweet, the Prime Minister said :  “Handlooms manifest India’s diversity and the dexterity of countless weavers and artisans. National Handloom Day is an occasion to reiterate support to our weavers by enhancing the spirit of #MyHandloomMyPride. Let us support local handloom products!”

In order to celebrate the day, Ministry of Textile have set up Handloom Craft Villages in three states:

The aim behind setting up these handloom craft villages is to provide additional attraction towards the state for domestic and international tourists and most importantly to promote well-known handloom and handicraft products.