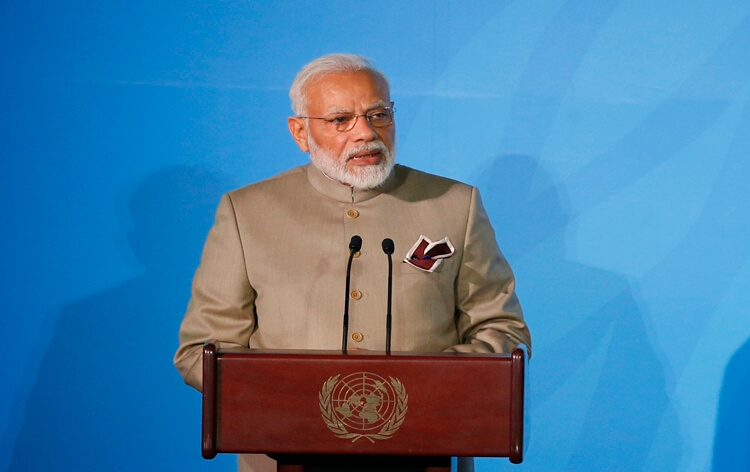 A new initiative was launched on 23rd September at the UN Climate Action Summit to help guide the world’s heaviest greenhouse gas emitting industries toward the low-carbon economy.

India and Sweden together with Argentina, Finland, France, Germany, Ireland, Luxembourg, the Netherlands, South Korea and the UK, as well as a group of companies including Dalmia Cement, DSM, Heathrow Airport, LKAB, Mahindra Group, Royal Schiphol Group, Scania, SpiceJet, SSAB, ThyssenKrupp and Vattenfall, announced a new Leadership Group for Industry Transition that will drive transformation in hard-to-decarbonize and energy-intensive sectors.

Each one of us has to discharge climate responsibilities based on our situations and capacities. I hope that work under the industry transition track will facilitate early diffusion of technology and support to developing countries in this journey

This global initiative will be supported by the World Economic Forum, the Energy Transitions Commission, Mission Innovation, Stockholm Environment Institute, and the European Climate Foundation among many others in an ambitious, public-private effort, to ensure heavy industries and mobility companies can find a workable pathway to deliver on the Paris Agreement

The last two days have seen major takeaways including the decision that heavy industries who are doing their bit on their own, without any external help, have decided to have a low carbon path.

There is a huge level of support and enthusiasm in the private sector to engage with governments and peers to reduce emissions across their operations and value chains.

Industry sector emissions, including those from hard-to-abate and energy-intensive sectors like steel, cement, aluminum, aviation and shipping are expected to be responsible for 15.7Gt by 2050. The international collaboration between countries and industry groups is critical to establish workable policy frameworks and incentives, and to enable joint investment into low carbon infrastructure.