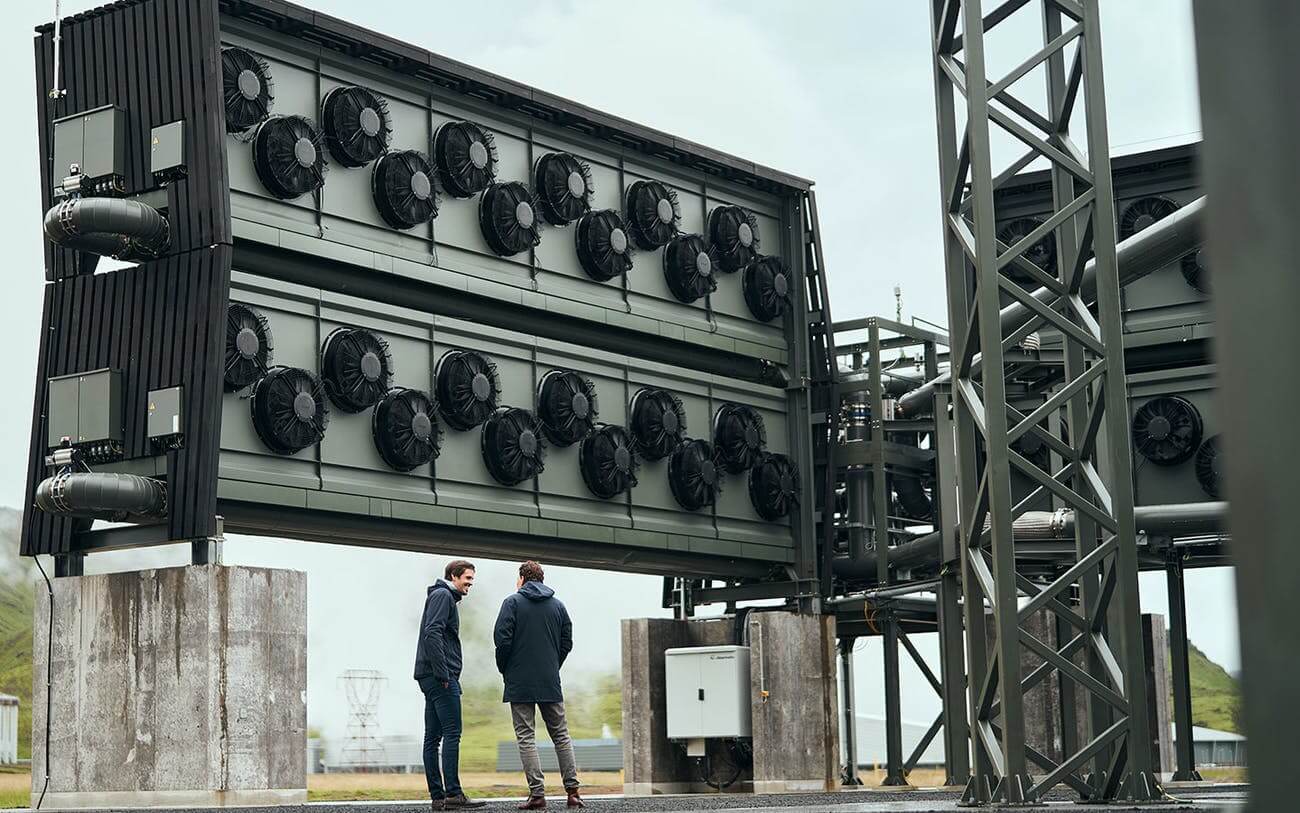 On 8th September 2021, the world’s biggest carbon-removal plant switched on just outside Reykjavik in Iceland. The new plant named – Orca, based on the Icelandic word for energy- Orka, can remove 4,000 tonnes of CO2 from the air annually. It uses eight large containers that look like those used in the shipping industry. A series of high-tech filters and blowers attached to the containers capture CO2.

The system captures carbon dioxide, CO2, directly from the air and then deposits the gas underground. The company partnered with Icelandic carbon storage provider Carbfix on the project. The captured carbon is then mixed with water and pumped deep underground, where it slowly turns into rock. Both technologies are powered by renewable energy from a nearby geothermal plant.

Direct air capture is one of the few technologies that can remove carbon dioxide directly from the atmosphere. Many scientists see the process as critical to limiting harmful pollutant emissions. However, direct air capture is still a new and costly technology. But developers hope to bring down the price by increasing operations as more companies and individuals seek the technology.

Currently, there are 15 direct air capture plants operating worldwide. The IEA estimates the plants capture more than 9,000 metric tons of CO2 per year.

The American oil company Occidental is currently developing the largest direct-air-capture center. It aims to pull 1 million metric tons of carbon dioxide from the air around some of its Texas oilfields.