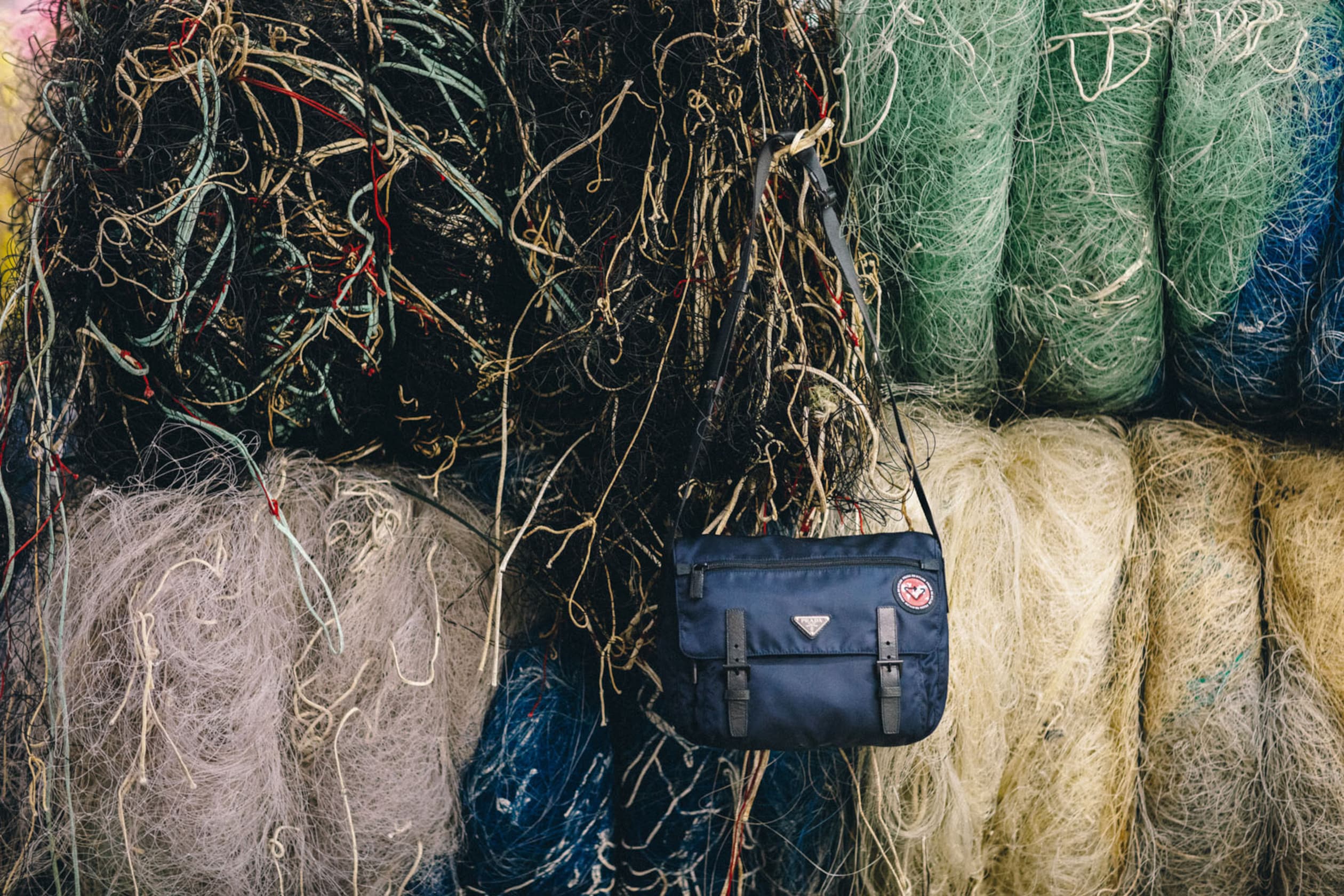 In 1984, Miuccia Prada launched a backpack made from Pocono nylon. The backpack was antithetical to the definition of luxury at that time. However, Prada’s iconic nylon backpack was revolutionary in its un-sexiness. Now, decades later, Prada’s signature nylon appears on the runway, season after season and the house uses around 700,000 meters of the material annually.

Econyl is obtained through the recycling and purification process of plastic waste collected from oceans, fishing nets, and textile fibre waste and, perhaps most importantly, it can be recycled indefinitely, with no loss of quality. Brands like Gucci are already using Aquafil’s trademarked Econyl thread, which it claims saved 70,000 barrels of oil for every 10,000 tons of thread made.

Currently, the “Re-Nylon” collection, has a range of six classic bags made out of nylon reclaimed from ocean plastics, fishing nets and textile fibre waste. However, Prada’s ultimate goal is to make the entire nylon collection from Econyl nylon by the end of 2021.

The brand says it will also donate an undisclosed percentage of proceeds from the Re-Nylon capsule to a project it is developing with UNESCO related to environmental sustainability. The bags in the eco-capsule will initially sell for approximately 20 per cent more than their plastic counterparts, but Prada says it’s working to reduce the price difference so consumers will not have to pay more once the line transitioned to fully recycled material.

Earlier this year, Prada had also announced, it would not use fur in any of its collections.

National Geographic, Prada’s Storytelling Partner, has produced a short video series, What We Carry to showcase the cutting-edge processes behind the Re-Nylon initiative.