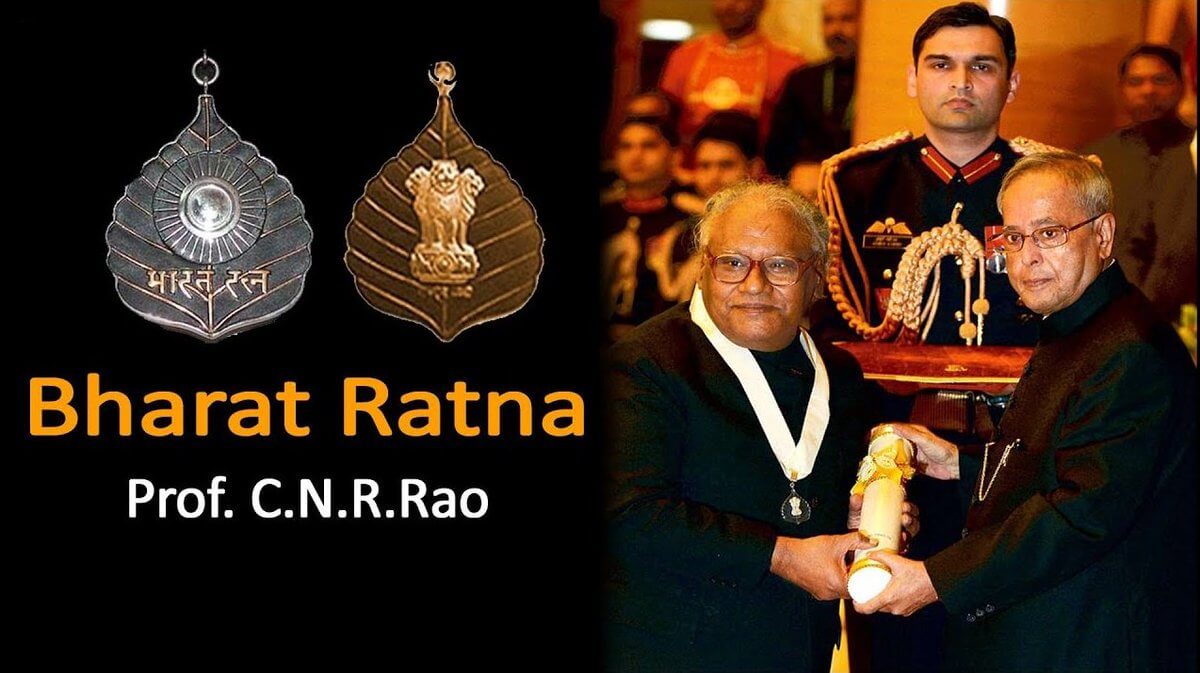 Bharat Ratna Professor C N R Rao has received the International Eni Award 2020 for research into renewable energy sources and energy storage. The award also called as the Energy Frontier Award, is considered to be the Nobel Prize in Energy Research.

The Energy Frontiers Award has been conferred for his work on metal oxides, carbon nanotubes, and other materials and two-dimensional systems, including graphene, boron-nitrogen-carbon hybrid materials, and molybdenum sulfide (Molybdenite – MoS2) for energy applications and green hydrogen production.

The latter can, in fact, be achieved through various processes, including the photodissociation of water, thermal dissociation, and electrolysis activated by electricity produced from solar or wind energy. Professor Rao has worked in all three areas and developed some highly innovative materials.

The same or related materials have also been shown to have beneficial properties for the construction of hydrogen storage systems and supercapacitors with high specific power and an increased number of charge-discharge cycles. The latter are energy storage devices, similar to batteries, which will become an increasingly important part of the renewable energy sector.

The Eni Awards 2020 will be presented on 14 October 2021, during an official ceremony held at the Quirinal Palace in Rome, attended by the President of the Italian Republic, Sergio Mattarella.

The award, which has become internationally recognized over the years in the field of energy and environmental research, aims to promote better use of energy sources and encourage new generations of researchers in their work. It bears witness to the importance that Eni places on scientific research and innovation. It includes a cash prize and a specially minted gold medal.

He also received Padma Shri and Padma Vibhushan from Government of India. On 16 November 2013, the Government of India selected him for Bharat Ratna, the highest civilian award in India, making him the third scientist after C.V. Raman and A. P. J. Abdul Kalam to receive the award.