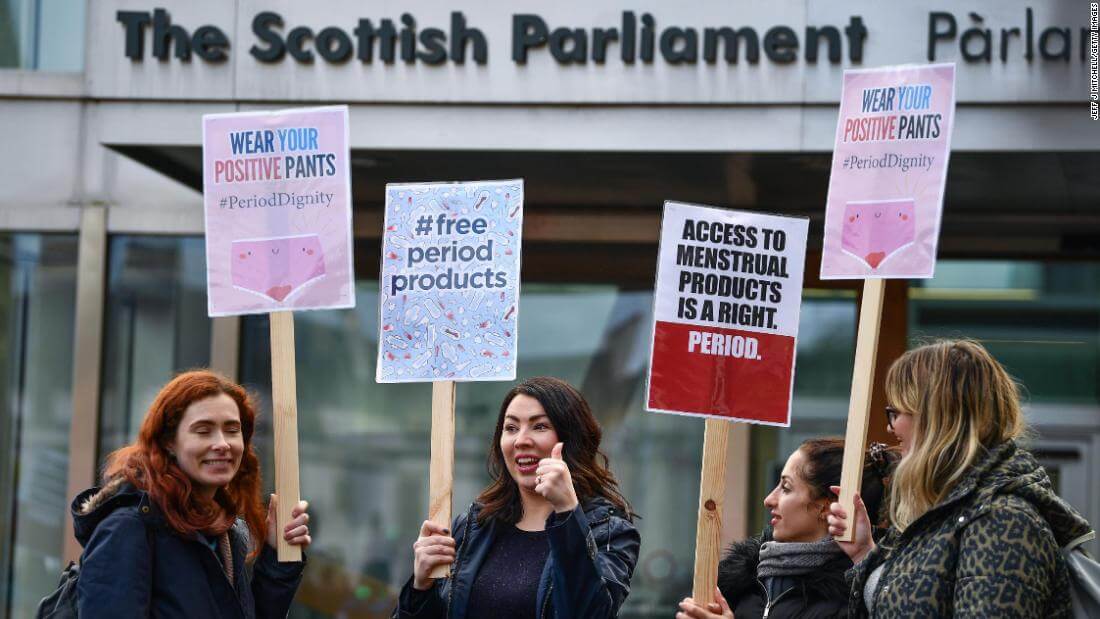 Scotland has become the first country in the world to pass legislation making Period products free for all.

A landmark victory for the global movement against period poverty, the Scottish Parliament voted unanimously in favour of the Period Products bill to allow free and universal access to menstrual products, including tampons and sanitary pads, in public facilities.

The Period Products (Free Provision) (Scotland) Act will place a legal duty on local authorities to make period products available for all those who need them.

The bill was brought forward by Labour health spokeswoman Monica Lennon, who after the voting, said that the decision was “a signal to the world that free universal access to period products can be achieved.”

Lennon said that campaigners across the world had been watching progress in Scotland very closely. “It’s an important message in the middle of a global pandemic that we can still put the rights of women and girls high up the political agenda.”

In a document supporting the legislation, Lennon said it was reasonable to expect 20% uptake of the scheme given the fact that official inequality statistics show that nearly 20% of women in Scotland live in relative poverty.

The bill’s accompanying financial memorandum estimates it could cost around £8.7 million a year by 2022, depending on the number of women who will take advantage of the free products

The new law was praised by a number of equality and women’s rights groups as well as politicians from across the parties represented in the Scottish Parliament.

Previously, in 2018, the government announced that students in schools, colleges and universities across the countries would be able to access sanitary products for free, through a £5.2 million investment. In 2019, it allocated another £4 million to make period products available for free in libraries and recreational centers.