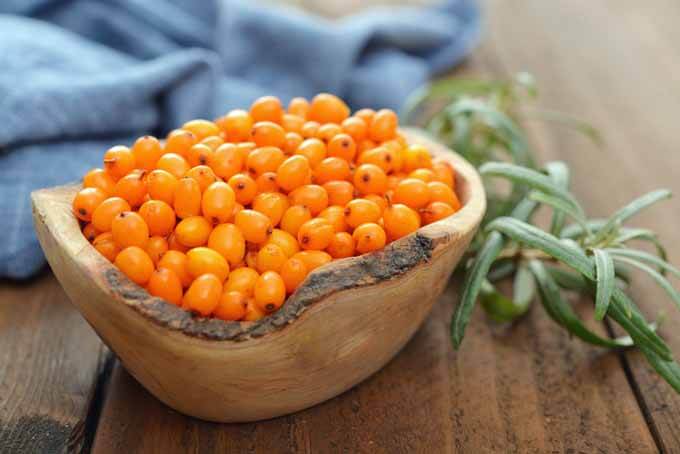 Seabuckthorn is an ecologically and economically important plant of trans-Himalayan Ladakh. The plant is drought tolerant and can survive the temperature between minus 40 degree to plus 40 degree centigrade.

Seabuckthorn (Hippophae spp. L.) is a small thorny nitrogen fixing deciduous temperate shrub. It belongs to the family Elaeagnaceae and is botanically known as Hippophae. The plant is dioecious in nature, i.e., it bears male and female flowers on different plants. Flowering generally occurs in June and ripening sets in by mid-September.

Seabuckthorn is credited as one of the factors that contributed to the Mongolia the Genghis Khan’s conquest of a large part of the world during the 12 and 13 century.

As per the book, “Indian Medicinal Plants,” sea buckthorn concoctions have been used traditionally as an astringent, anti-diarrheal, stomachic, antitussive and anti-hemorrhagic. Concoctions treat stomach ulcers and, when applied topically, treat bedsores and skin problems caused by irradiation.

The book, “The Health Professional’s Guide to Dietary Supplements” explains that the ancient Greeks used to use the berry to promote skin health, energy and vitality, and for weight stabilization.

Approximately 90% of world’s Seabuckthorn is found in China, Mongolia, Russia, Northern Europe and Canada. China is the largest producer in the world. In India, Seabuckthorn grows naturally in five Himalayan States (Jammu & Kashmir, Himachal Pradesh, Uttrakhand, Sikkim and Arunachal Pradesh). Ladakh region remains the major site for its natural resource with over 70% of the total area (13,000 ha) under Seabuckthorn in the country.

Seabuckthorn berries are considered as among the most nutritious of all fruits. Fruit juice is rich in sugar, organic acids, amino acids, essential fatty acids, phytosterol, flavonoids, vitamins and mineral elements.

Besides vitamin C, the juice also contains vitamin A, vitamin E, Riboflavin, Niacin, Pantothenic acid, vitamin B2 and vitamin B6 . Concentration of vitamins B2 , B3 , B5 , B6 , B12 , C and E is much higher than other fruits such as apricot, banana, mango, orange and peach. Presence of these vitamins in high quantity indicates its strong antioxidant property.