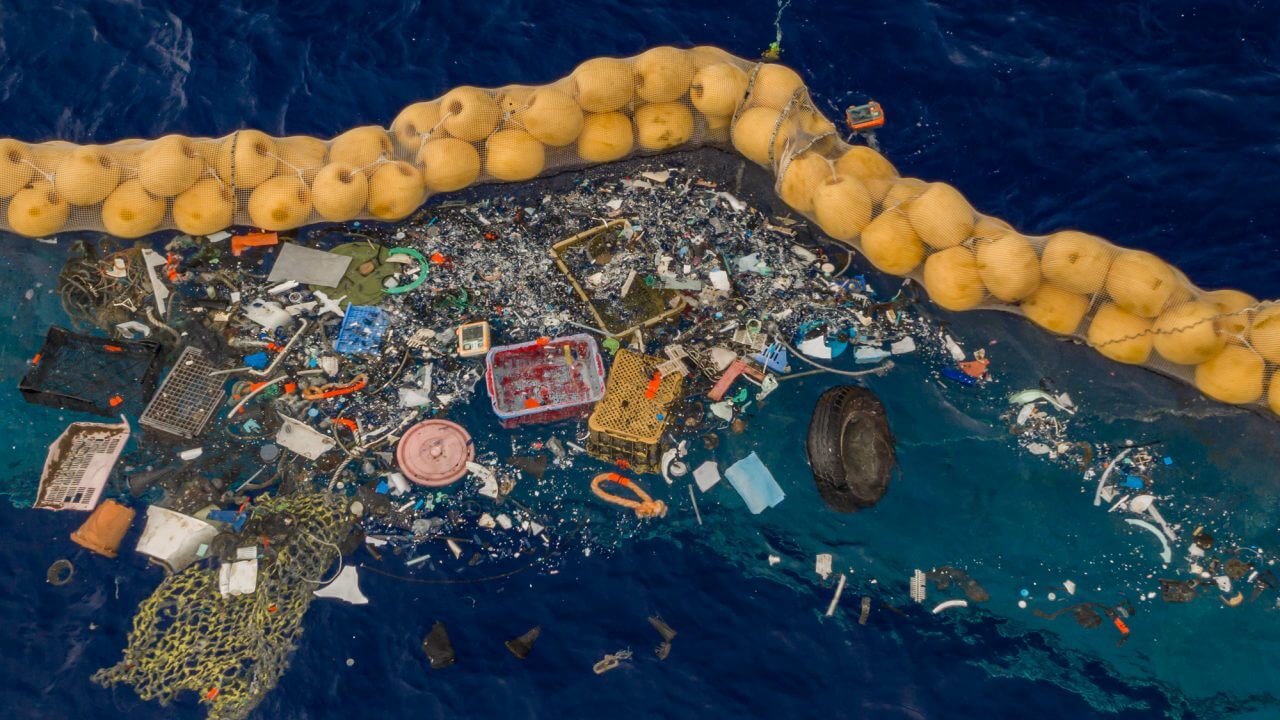 The Ocean Cleanup, a Dutch non-profit organization developing advanced technologies to rid the oceans of plastic, has recently announced that it has successfully brought the first batch of ocean plastic to shore following their first mission in the Great Pacific Garbage Patch.

“Welcoming the first catch of plastic on land is the moment we have been looking forward to for years. I believe we can use this trash to turn a problem into a solution by transforming this unique material into a beautiful product. As most people will never go to the Great Pacific Garbage Patch, through these products, we aim to give everyone the opportunity to take part in the cleanup”,

Slat on the upcoming plans of The Ocean Cleanup.

The purpose of The Ocean Cleanup’s first mission in the Great Pacific Garbage Patch was to confirm the concept of passive plastic collection by means of the natural forces of the ocean. After several ups and downs, in October 2019 The Ocean Cleanup announced that the system is capturing and collecting plastic debris, from massive ghost nets down to microplastics one millimeter in size.

Since the launch of the first cleanup system, System 001, in September 2018, most items on the long list of deliverables for the technology could be checked one-by-one. Early reports showed, however, that System 001 was not retaining plastic as it should, and despite attempts to remedy this and successful design confirmations, the system suffered a fatigue fracture, resulting in a need to return the system to shore in January 2019.

The engineering team performed a root cause analysis, redesigned a modified system, and, in record time, The Ocean Cleanup deployed the upgraded system, System 001/B, in June 2019. After several months of trialing modifications, the concept’s ability to capture plastic was confirmed.

Since inception, the Ocean Cleanup has planned to create a value chain on the basis of their collected debris, with the aim of funding continued cleanup operations.

Boyan Slat, Founder and CEO of The Ocean Cleanup, announced that this plastic trash will be transformed into sustainable products, that will be sold to help fund the continuation of the cleanup operations.

To confirm the origin of these future plastic products, The Ocean Cleanup has worked with DNV GL, an international classification society, to verify plastic that is removed from the ocean.

Currently, it is not compulsory for an independent, third party to verify that the material has been sourced from the ocean, and products labeled as “ocean plastic” may not be entirely sourced from the ocean. To add further transparency to the work, the origin of the material used in The Ocean Cleanup’s products will be verified by DNV GL, a leader in industry certifications. Over the last year and a half, DNV GL has been developing a standard that allows the highest level of traceability possible, clarifies how ocean plastic is defined, and will bring transparency to this fast-growing market. This new standard will be open to all parties interested in ocean-plastic product certification and will ensure that the origin of recovered plastics is defined and verified, allowing consumers to have trust that the product they are purchasing was made from material removed from the ocean.

“Building trust through standards and independent verification has been DNV GL’s work and mission for more than 155 years. Our objective has always been to address challenges at hand, contributing to safer and more sustainable outcomes in a transparent way. When purchasing products verified by DNV GL, consumers can fully trust that it is an ocean plastic product and that they are contributing to the solution.”

With the recent announcement, The Ocean Cleanup has displayed its intention to develop attractive, sustainable products made from material collected in the Great Pacific Garbage Patch. The return to shore of the first plastic catch marks the beginning of this journey.

As this will be the first time it will be attempted to produce products fully made from plastic taken out of the ocean, the road ahead for the catch is likely going to be challenging. If all goes well, the organization expects to launch this premier product made from material collected in the Great Pacific Garbage Patch in September 2020. Details of the product, pricing, and quantity are also set to be announced at this time.

With the conclusion of Mission One, The Ocean Cleanup has begun preparations for their next system, System 002. The aim of this new design is to create a full-scale, fully operational system. The engineering team has initiated the development phase by addressing the essential remaining design challenges – long-term durability and sustained plastic retention – and will test updated features, once completed. System 002 will be a key stepping stone to full-scale cleanup of the Great Pacific Garbage Patch.

ABOUT THE OCEAN CLEANUP

The Ocean Cleanup develops advanced technologies to rid the world’s oceans of plastic.

Founded in 2013 by Boyan Slat, The Ocean Cleanup now employs approximately 90 engineers and researchers. The foundation is headquartered in Rotterdam, the Netherlands.

Instead of going after plastic debris with vessels and nets – which would take many thousands of years and billions of dollars to complete – The Ocean Cleanup plans to deploy a fleet of long floating barriers that act like an artificial coastline, enabling the winds, waves, and currents to passively catch and concentrate the plastic. Once fully operational, the full fleet of passive collection systems is expected to remove 50% of the Great Pacific Garbage Patch every five years.

The Ocean Cleanup wants to give its supporters the opportunity to get on board now and, through a 50 EUR/USD donation get first access to the first product ever made of our verified plastics from the Great Pacific Garbage Patch when it’s ready. This donation will already contribute to the removal of more ocean plastic. To join the journey, go to productswebpage.