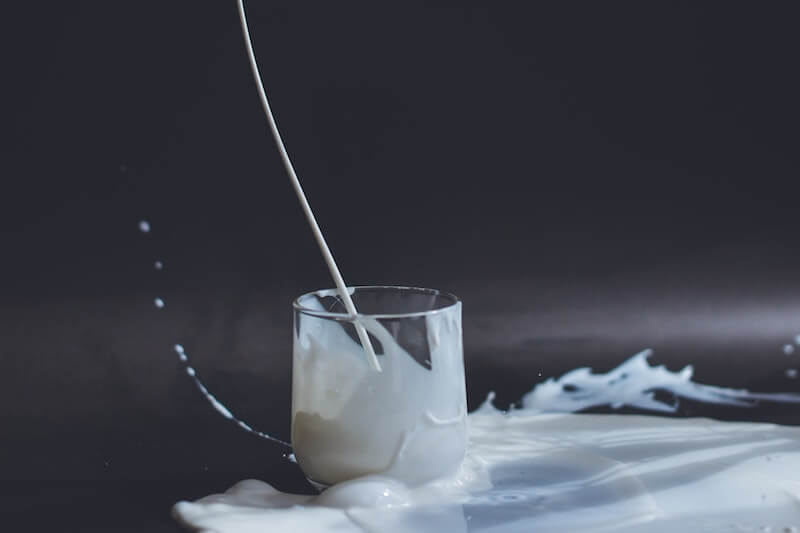 Even though plant-based milk is not a new concept in many cultures, the demand for it has skyrocketed in the past few years. People who are preferably turning vegan, choose plant-based milk over dairy milk for many reasons. It can be from the animal welfare aspect, sustainability aspect, or simply a switch of choice.

Today, there is a growing concern over the consumption of cow’s milk and the effect that it has on the environment and our diets, the well-being of the cows, and the planet. The concern has been reflected over the increasing demand for non-dairy milk as well. Nowadays, we have an abundance of plant-based alternatives on offer. The demand has splurged with 65% of the adults all over the world suffering from lactose intolerance.

With so many options being available, how can we understand the difference and ascertain which dairy products would be right for us? Let’s look into the popular options available worldwide and see what’s best!

Almond Milk slightly tastes like nuts and is ideal to consume with cereals. Nutritionally, there is a major difference between almond milk and other plant-based milk alternatives.

It is naturally rich in antioxidant Vitamin E, which keeps skin and hair healthy and adds to immunity strength. Because almond milk is strongly diluted in water, it is low in calories but also low in proteins. To make almond milk, soak the almond in water and blend to create creamy milk.

Almond milk is low on calories but not devoid of them. If you are calorie conscious, go for the ones that offer 40% (or more) fewer calories than skimmed dairy milk.

Oat milk is slightly sweet and has a thin consistency. Loaded with fibers, it has sufficient vitamins such as calcium, vitamin D, riboflavin which help to keep the eyes and skin healthy. Studies have also reflected that consuming oats religiously can have a good impact on gastrointestinal problems.

Oat milk can also help control cholesterol levels in the body. It is created by soaking and blending oats in water to create a creamy texture with a warming oaty taste.

Soy milk is often fortified with calcium and other vitamins like B12, B2, D, and A. Soy milk also comes in different flavors like vanilla, chocolate, and banana to name a few. It is made by soaking soybeans and ground into liquid and then boiled to create milk.

Cashew milk has a nutty taste and is best used in dishes and baking. The fat contained in cashew milk is mostly unsaturated and is a good alternative for those with high cholesterol levels.

Cashew milk contains only 2 grams of carbohydrates per cup. It is optimal to be used in coffee and as a thickener in lattes.

Coconut milk is a great choice for cooking because of its sweet aroma. It is widely used in different cuisines – from curries to vegetable soups and even ice cream. It adds a good taste to coffee as well.

However, coconut milk is lower in fat and contains very mild medium-chain triglycerides (MCT). It is made by blending grated coconut in hot water and straining the liquid.

Hazelnut milk has a very delicious nutty flavor. It is high in calcium and folate. It is sometimes recommended to pregnant women as folate helps to decrease the chances of defects in central neutral tubes like spina bifida.

It is also a great choice for baking and can be added to coffee or with hot chocolate for a nutty undertaste. The hazelnut is roasted, soaked, and blended in water till it creates a nutty milk consistency and appearance.

Hemp milk is not very popular but its advantages are undeniably impressive. It is low on carbohydrates and high in fats – mostly unsaturated, which is good for a healthy lifestyle.

It is also suggested that a glass of hemp milk can add 50% of the recommended intake of alpha-linolenic acid, which is a good source of omega-3 fatty acid. Because of its milk nutty taste, it is recommended to be used in cooking and baking.

It is best recommended for people who suffer from nut allergies. Rice milk is one of the milk alternatives with the lowest nutritional values. It is made from boiling brown and white rice pressed through the mill.

The liquid is then strained to liquid. It is also the most hypoallergenic milk available. It is high in carbohydrates but low in fat, proteins, and other vital nutritional content. It is typically sweet without added sugar.

Nutritional values of plant based milk

Although the nutritional values differ from one alternative to another, they widely consist of carbohydrates, proteins, fats, and vitamins, along with minerals and fibers. Also, you can find plant-based milk from various brands, which deliberately fortify these alternatives to make it a close substitute to cow’s milk.

Looking into these options, it is safe to say that there is a great scope for a shift, without worrying about the nutritional content. There are alternatives for different needs and companies are fortifying these alternatives to suit the consumers’ nutritional demands as well.