Which type of Milk is better A1 or A2 Milk ? 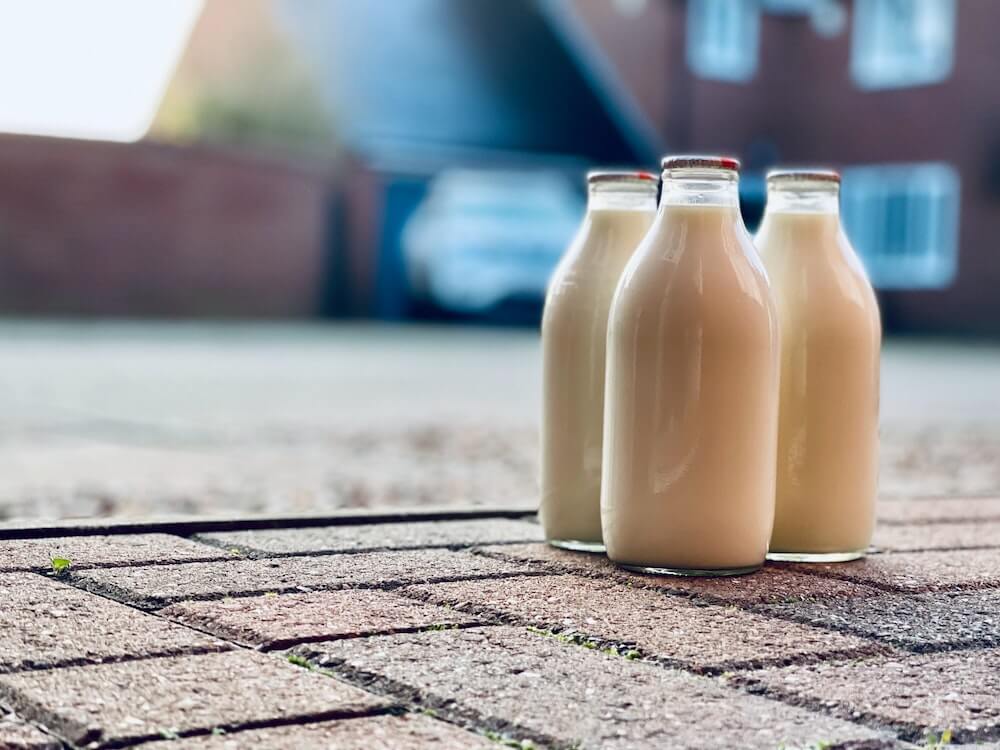 Milk is known to be beneficial for the human system. It is a cultural practice in Indian families to consume fresh cow’s milk from earlier times. However, with the advent of technology and preferences, there has been a shift in milk consumption. There are multiple options available including vegan milk but in this article, we will specifically compare A1 milk and A2 milk.

A2 milk is marketed as a healthier option than regular A1 milk. It is ascertained that A2 has health benefits and is preferable for people who have milk intolerance. This article will break down the comparison and help to understand the core differences and what’s the best option for you!

Casein makes up the major part of the protein in milk, by almost 80%. There are several types of casein in milk, with beta-casein available in 13 different ways.

The common forms are

A1 beta-casein: Milk sourced from cows from northern Europe has a high content of A1 beta-casein. When A1 protein gets digested in the small intestine, it releases peptide that is absorbed and passed into the blood. This can sometimes cause discomfort in the stomach and cause lactose intolerance.

A2 beta-casein: The structure of A2 protein is similar to that of human breast milk and also relative to goats, sheep, and buffalo. The symptoms of discomfort and intolerance do not occur for those who consume A2 milk.

What is the difference between A1 and A2 milk?

Regular milk is known to contain both A1 and A2 protein but A2 milk specifically has A2 beta-casein. Some of the studies and experiments suggest that A2 is a safer choice.

Chemically, there are only some amino acids, but they are combined in different combinations to dorm thousands of proteins. The difference between A1 and A2 is the 67th amino acid in the chain which is different. Beta-casomorphin-7 (BCM-7) is an opioid peptide that is secreted after digestion of A1 beta-casein.

Sensing the potential issue with A1 milk, the A2 Milk company developed and patented a test that will help them identify A2 milk. They began selling only A2 milk at a premium price.

It became a sustainable option for many people as A1 casein in cow’s milk is prone to cause type 1 diabetes or heart disease. The scientists are also speculative that it may cause autism or schizophrenia after consuming regular milk as well.

The A2 Milk company pivoted on these claims and marketed on the claims that A2 milk can help people avoid digestion issues and discomfort.

Other than being a bit expensive, there is no harm in taking A2 milk. There is minimal proof that A1 milk or the BCM-7 peptide in it threatens the health of the individual. If you don’t find any such symptoms, it is still okay to consume A1 milk.

A2 milk also has the same amount of lactose as regular milk.

If you are having issues with digestion and pose to be lactose intolerant, we recommend you to try vegan milk alternatives or lactose-free milk. But if you want to drink cow’s milk, you can give A2 milk a go and see if it creates any difference.

This is just an informational article and not a medical or dietary recommendation. Readers are advised to followup with an expert before acting on the information.