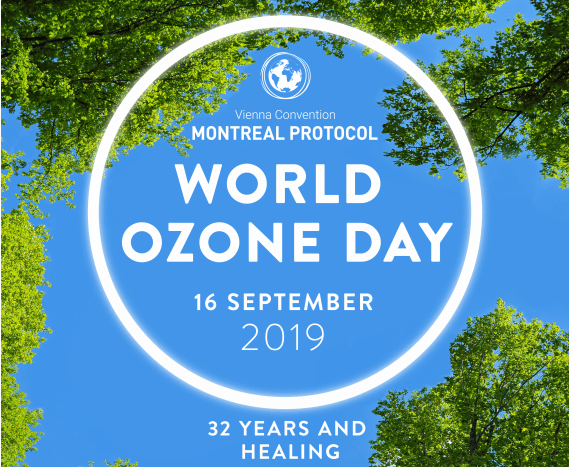 On September 16, 1987, the United Nations together with 45 other countries signed the Montreal Protocol, on substances that deplete the Ozone layer. Every year this day is celebrated as the International Day for the Preservation of the Ozone layer or World Ozone Day.

What is Ozone layer & Why it is so Important ?

The Ozone layer or also known as Ozone shield, a delicate layer of gas, in the Earth’s stratosphere absorbs most of the Sun’s ultraviolet rays. These rays can cause a numerous skin diseases. In the last few years, the ozone layer has depleted extensively.

What is Montreal Protocol

The purpose of the Montreal Protocol is to protect the Ozone layer by reducing the production of substances that are supposed to be responsible for Ozone layer depletion.

On September 16, 1987, the United Nations together with 45 other countries signed the Montreal Protocol, to limit and ultimately phase out the production of manmade chemicals like chlorofluorocarbons (CFCs) and 95 other ozone-depleting materials.

On December 19, 2000, The United Nations General Assembly designated September 16 as World Ozone Day in the memory of the date of inking of Montreal Protocol. Since then, September 16th has been celebrated as the #WorldOzoneDay.

The theme signifies & celebrates over three decades of international cooperation to protect the Ozone layer and the climate under the Montreal Protocol.

Around 99 percent of ozone-depleting chemicals in refrigerators, air-cooling systems and other products have already been phased-out because of the Montreal Protocol. The abundance of Ozone Depleting Substances (ODSs) in the atmosphere is declining and a recent study has indicated that the ozone hole is recovering.

At an event to mark the #WorldOzoneDay 2019 in New Delhi, Union Minister of State (MoS) for Environment, Forest and Climate Change, Shri Babul Supriyo said  that the World Ozone Day offers an opportunity to focus global attention and action on the vital environmental issue of protection of the stratospheric ozone Layer.

A booklet on ‘Montreal Protocol – India’s Success Story’ and poster and sticker of award winning students were also released on the occasion of the World Ozone Day.