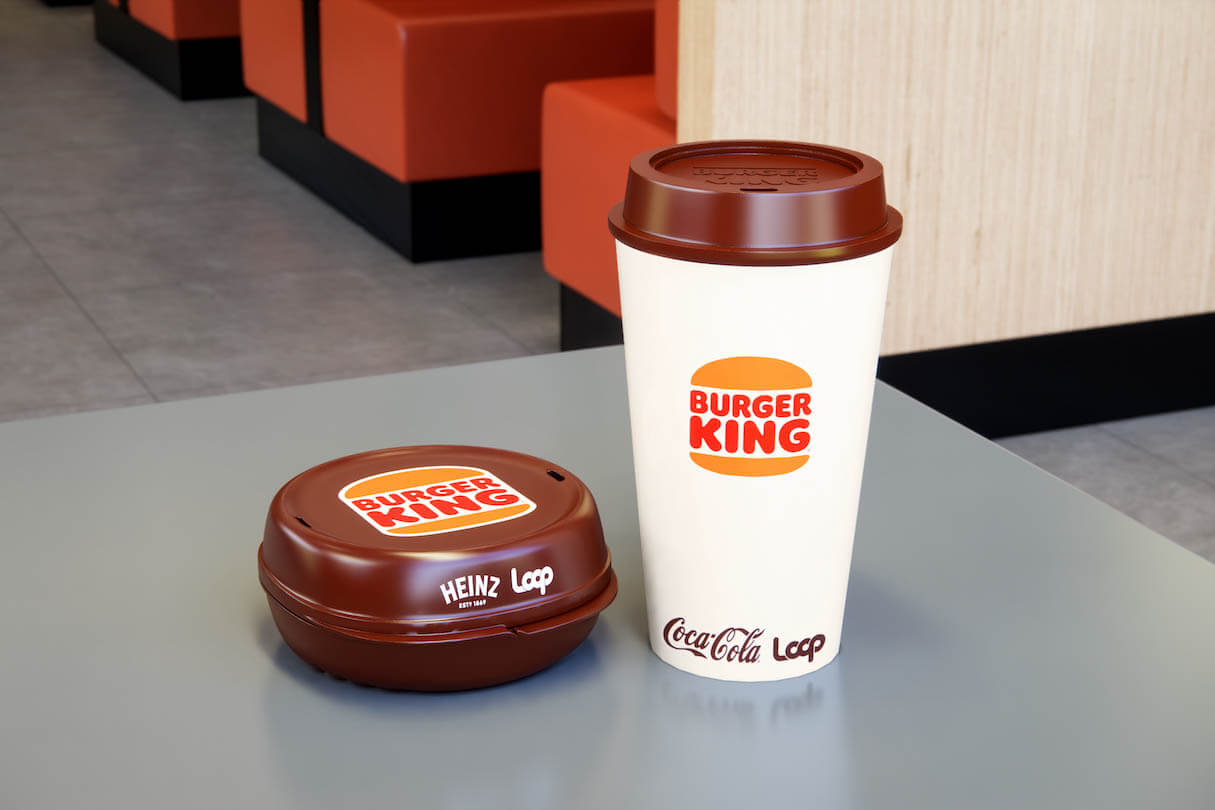 The new Frypods are produced with renewable unbleached virgin paperboard. The green cutlery is being made from a plant-based plastic known as cPLA. And the napkins will feature 100-percent recycled fiber.

Burger King will also be testing paper and plant-based straws along with strawless lids, which could potentially eliminate up to 500 million single-use plastic straws annually from participating U.S. Burger King restaurants. This action alone would translate to the removal of 910 metric tons of greenhouse gasses per year, the equivalent of 196 vehicles driven for one year.

The chain is also testing two new options for Whopper sandwich wraps, which represent a 13 percent and 34 percent reduction in paper compared to previous wraps, respectively. This could translate to an additional 500 to 1,500 metric tons of paper waste eliminated annually across the U.S.

By piloting solutions in restaurants, Burger King said it can get direct feedback from guests on how the packages perform, make iterative changes with its supplier, and build an implementation roadmap for the system. Upon completion of the pilot test, the company will take the learnings and guest feedback to inform its plans for nationwide sustainable packaging in the next year.

This pilot gives Burger King the opportunity to gain knowledge and provide learnings for the industry while getting us one step closer toward its goal of advancing packaging sustainability by improving materials and reducing overall packaging used, including single-use plastics.

“Sustainable packaging is a cornerstone of our Restaurant Brands for Good journey, and this new pilot represents a huge opportunity for us to make a difference. We’re optimistic about our progress and are committed to reducing waste to do our part in creating a more sustainable future.”

The chain is now planning to include two more cities in that trial: hopefully adding Paris and London to the previously announced target cities of New York, Portland, and Tokyo. Burger King also mentioned that they’ve partnered with The Coca-Cola Company and Kraft Heinz to help “bring these initiatives to life.”

These initiatives are part of Burger King’s plastics strategy, which includes a commitment to remove single-use plastics where possible and to ensure that all packaging is recyclable, biodegradable or compostable by 2025.