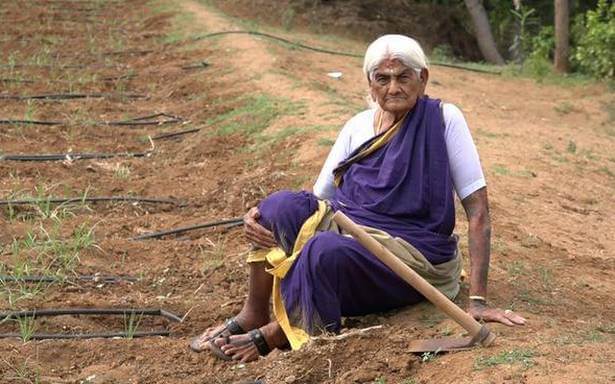 R Pappammal is an Organic Farmer from Thekkampatti Village near Coimbatore, Tamil Nadu who was awarded the Padma Shri for Organic Farming in the year 2021. She is regarded as a pioneer in the agriculture field and is affiliated with the Tamil Nadu Agricultural University’s department of education.

She was born in 1914, lost her parents at an early age and was brought up by her paternal grandmother in Thekkampatti where she continues to live. She would not have studied beyond class 2, say her family members. Papammal lost her husband a decade ago and has three daughters, three grandchildren, two great-grandchildren and lives with five members of her family.

From an early age, Papammal was interested in agricultural practices. She saved money by selling snacks and beverages from a provisional shop she inherited from her grandmother. With the money, she bought 10 acres of land to cultivate pulses and corn.

With age, she sold a major portion of her land and retained 2.5 acres, where she grew lentils such as horse gram and green gram. Now, she mostly grows bananas. Over the years, she has worked closely with Tamil Nadu Agricultural University. She would travel alone to their many farmers’ meets and implement all that she learned.

At one such meeting, Pappammal heard the term ‘organic farming’ for the first time. She came home and starting learning about it. Her methods soon gained popularity and the University started sending students on field visits to her village to learn from her.