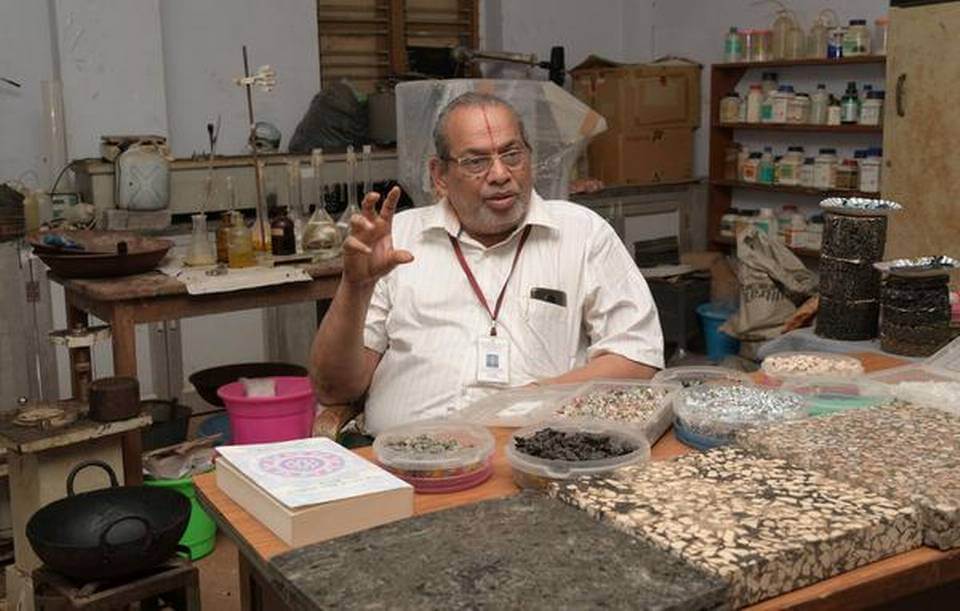 Since 2001, Rajagopalan Vasudevan, Professor of Chemistry at Thiagarajar College of Engineering, Madurai and his team at the Centre for Studies on Solid Waste Management (CSSWM) have been engaged in solving two pressing issues at the same time- bad roads and ever increasing plastic waste. Dr. Vasudevan, known as the ‘Plastic Man of India,’ has been praised by Prime Minister Narendra Modi and also awarded the Padma Shri in the Year 2018.

Padma Shri Dr. Rajagopalan Vasudevan is an Indian scientist working mainly in waste management. Currently a professor in Thiagarajar College of Engineering, Dr. Vasudevan has developed an innovative method to reuse plastic waste to construct better, more durable and very cost-effective roads. The roads also show greater resistance to damages caused by heavy rains and ‘Plastic roads’ constructed since 2002 have not developed blisters or potholes (1). His road construction method is now widely used to construct roads in rural India. For his contribution he is often referred to as “Plastic Man of India” and was awarded India’s fourth highest civilian honour Padma Shri in 2018.

Dr. Vasudevan developed an innovative method to reuse plastic waste to construct roads. His process, patented in 2006, involves mixing shredded plastic with hot gravel and adding it to molten asphalt. Plastic and bitumen bond well together because both are petroleum products. This combination enhances the road’s ability to carry weight, as well as its life.

Plastone can be used for flooring, especially outdoors. It can be a cheap and strong substitute for cement blocks, which have a tendency to wither away in constant rain.

2 thoughts on “R. Vasudevan – The Plastic Man of India”