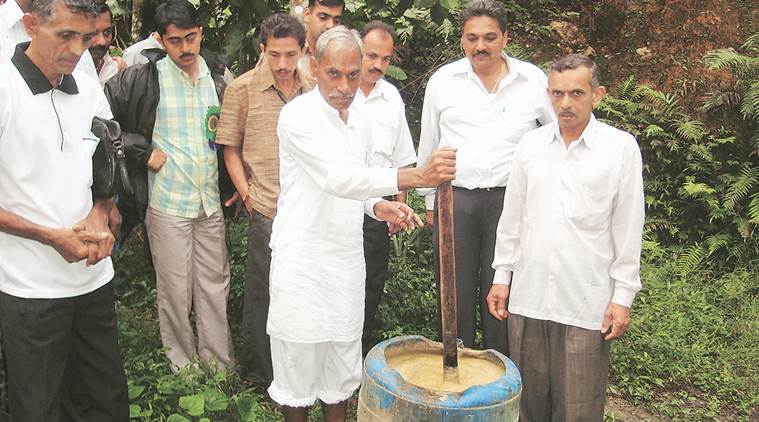 Subhash Palekar, an agriculturalist from Belora village of Amravati district in Maharashtra’s Vidarbha region is the creator of the ‘Zero Budget Natural Farming’ model in India. Subhash developed this technique in the mid-1990s as an alternative to the Green Revolution’s methods driven by chemical fertilisers, pesticides and intensive irrigation.

Since 1972-1985, while practicing the chemical farming, his agricultural production was continuously increasing. But, after 1985, it started declining. He was surprised that, if he is following the technology of chemical farming i.e. Green revolution totally, then why the production was decreasing? After searching the causes for three years, he came to the conclusion that, Agriculture science is based on the false philosophy.Some thing is wrong with Green revolution. Then he had started searching alternate technology to chemical farming.

From 1986 to 1988, Palekar’s quest for natural farming techniques led him to the study of forest vegetation. It was here that he discovered the natural system at work in forests, maintaining healthy ecosystems. For a period of six years, from 1989 to 1995, Subhash experimented trying to adapt natural techniques in agriculture. After thorough research, he verified different techniques, consolidating them into the ‘Zero Budget Natural Farming’ technique.

On 14 June 2017, Sri. Subhash Palekar was appointed as advisor to the state of Andhra Pradesh on Zero Budget Farming with the aim of encouraging natural farming. The advisor role is equivalent to cabinet rank. Palekar has given presentation to Prime Minister Modi on zero budget natural farming.